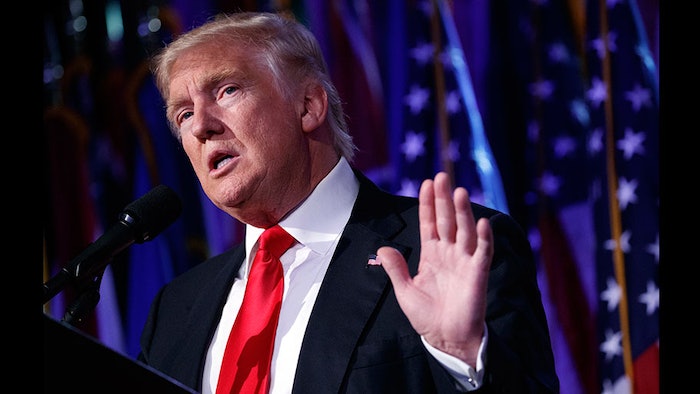 According to the American Society of Civil Engineers, America’s infrastructure currently has a D+ rating, and an estimated $3.6 trillion needs to be invested by 2020 in order to bring up the grades of poor roads, bridges, energy, dams and more.

The details of President Donald Trump’s package to update America’s aging public infrastructure are still largely unknown. He promised during his campaign to inject $1 trillion to repair the nation’s ailing roads, bridges and airports, but specific plans have not been drawn out in detail yet. However, a proposal that would offer federal tax credits to private firms that finance transportation projects, has been floated around.

Some experts believe that while the next four years could be the change market for the modernization of public infrastructure, its likely few industrial and critical power facilities will be ready to capitalize on the benefits – especially when it comes to power.

IMPO: In what ways could some industrial and power facilities not be prepared to capitalize on President Donald Trump’s plan to update public infrastructure?

Devineni: Investments in transportation, clean water, a modern and reliable electricity grid, telecommunications, security infrastructure and other pressing domestic infrastructure needs are under discussion as the President and U.S. Congress debate how to approach upgrades to infrastructure.

To capitalize on these investments, companies need to be proactive in their strategies such as IoT, artificial intelligence and cybersecurity. They need to think smart while modernizing existing and building new. Unfortunately, many industrial and power facilities are still in nascent stages in this area.

They need to act fast as they are essential not only to meet their internal need for greater safety and security of assets, better field communication, real-time monitoring, digital infrastructure, reduced power consumption, lower cost of maintenance and higher productivity, but more importantly provide 100 percent peace of mind to their customers.

IMPO: How can these facilities prepare?

Devineni: A significant transformation of unprecedented nature is underway across the entire energy value chain. From generation, transmission, distribution, to consumption, we are seeing rapid evolution of networked products and systems, allowing operators to predict anomalies, pinpoint activities using software and analytics that is resulting in safe, reliable, highly available and efficient operations. Coupled to this change is the consumers’ demand for convergence of things around them and a strong desire to “control” their behaviors, spending patterns and social experiences at their fingertips with connected apps and devices.

This should be a sweet spot for businesses and facility operators to capitalize on. First and foremost, companies need to answer basic questions such as “who are they now?” “what are the business beliefs?” and “where will they be in five to 10 years?” in an environment that is fueled by connectivity and America’s Infrastructure and Energy first plans. It is fair to assume digitization and modernization of environments should be few of the elements in their core strategy.

Second, companies need to be up to date on the regulatory landscape. Many companies are either not taking full advantage of the changes or maintaining the standards to be compliant.

Third, companies should prepare themselves to rapidly implement their strategies that make them relevant in any infrastructure proposal from Congress or the White House. To that end, companies need to think hard about the deployment approach (big bang versus phased approach) while ensuring 100 percent peace of mind internally and in the external market place.

IMPO: In what ways can management and services personnel save money while also meeting new electrical architecture requirements?

Devineni: First and foremost, the focus should be on safety. Ensuring the environments and equipment are in compliance with NFPA70 standard is critical. Maintaining arc flash assessment currency will not only ensure a reliable and highly available environment but will also reduce the impact to business operations significantly. Second, with deployment of cost effective IoT solutions, customers should be able to manage their operations proactively, schedule maintenance activities, as needed, based on asset performance data, increase productivity of assets and personnel focusing on issues that matter to the business and its customers. In a nut shell, all these activities should translate into lower cost, optimum utilization of assets and 100 percent peace of mind to their customers.

Devineni: In the U.S., it is fair to assume energy production will increase, more money will be spent on the electrical grid specifically in grid modernization, and that renewable energy is here to stay as many businesses are already capitalizing on the advancements in microgrid and storage.

Focus will be on compliance and modernization of environments, from mission critical assets to substations, in a smart way to ensure security and safe guard of ongoing operations. For instance, infrastructure modernization will need to look beyond transmission lines to transmission alternatives, to help communities protect themselves from outages. In short, as environments become more dependent on technology, they are also becoming increasingly vulnerable. Tiny packages of malware being slipped onto the computer of an employee is becoming common in nations industrial and critical power facilities.