General Electric and Microsoft plan to deploy a new system next year combining the former's Industrial Internet of Things platform with the latter's cloud computing capabilities. 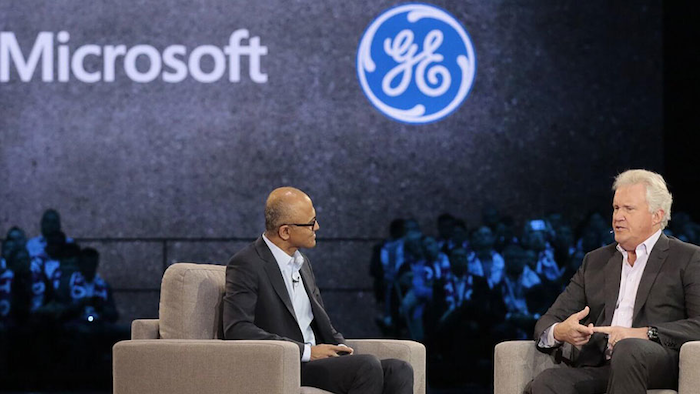 General Electric and Microsoft plan to deploy a new system next year combining the former's Industrial Internet of Things platform with the latter's cloud computing capabilities.

“Every industry and every company around the world is being transformed by digital technology,” Microsoft CEO Satya Nadella said in a statement. “Working with companies like GE, we can reach a new set of customers to help them accelerate their transformation across every line of business — from the factory floor to smart buildings.”

Officials said that the effort would allow companies to utilize both Predix — which enables the collection of data from internet-connected equipment and other assets — and Microsoft's enterprise cloud capabilities, such as natural language technology, artificial intelligence, advanced data visualization and application integration.

GE CEO Jeff Immelt said the system would "allow the Industrial Internet to thrive on a global scale.”

A preview system will be made available to developers later this year with a commercial debut set for 2017.