A California beach fouled by an oil spill will reopen to swimmers and campers two months after a pipeline ruptured and spewed thousands of gallons of crude along the coast, officials said. 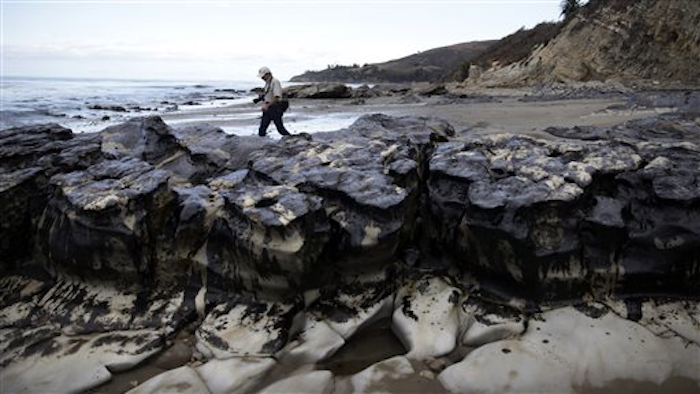 A California beach fouled by an oil spill will reopen to swimmers and campers two months after a pipeline ruptured and spewed thousands of gallons of crude along the coast, officials said.

Crews still need to finish scraping oil off cobblestones with wire brushes and putty knives before the public can use the beach next week. Hard-to-access areas will be off limits as cleanup continues, but officials said the work would not affect beachgoers.

An underground pipeline operated by Texas-based Plains All American Pipeline ruptured May 19, releasing up to 101,000 gallons of oil. About 21,000 gallons flowed into a drainage ditch, coated Refugio beach and washed out to the Pacific Ocean.

The spill led authorities to close the beach and nearby El Capitan State Beach, which reopened in late June.

Tar balls from the spill have been sighted on beaches as far south as Los Angeles County, 100 miles away, and nearly 300 dead birds and marine mammals have been recovered near the spill site. Cleanup costs have exceeded $92 million.

The federal Pipeline and Hazardous Materials Safety Administration is investigating the cause of the spill, and state prosecutors have been considering potential charges against Plains.

Preliminary findings released by the federal agency suggest that the break occurred along a heavily corroded section of pipe.

The U.S. House Energy and Commerce Committee opened an investigation last month and asked Plains for detailed information on maintenance of the line. The panel also wants the company to explain how it reported the leak to the National Response Center, a clearinghouse for reports of hazardous-material releases.

Documents showed it took Plains nearly 90 minutes after confirming the leak to alert the response center. By then, the federal response led by the Coast Guard was underway.

Plains has maintained that the response was not delayed.