The U.S. Virgin Islands' environmental agency plans to file a violation order against two rum producers on St. Croix as residents of several communities complain of a black mold persistently staining their properties, cars and boats. 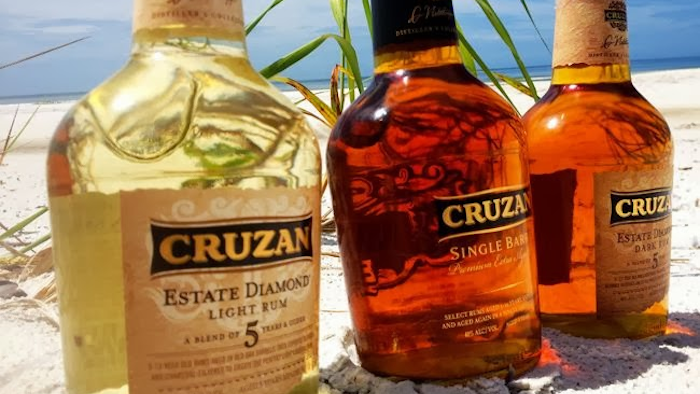 Jamal Nielsen, spokesman for the Department of Planning and Natural Resources, said authorities are "in the process of crafting a violation order" against Cruzan Rum and Diageo USVI, a subsidiary of global liquor giant Diageo PLC that produces the rum for the Captain Morgan brand. It's not yet clear if any corrective action will be ordered.

Exasperated residents in several St. Croix communities say a sooty-looking fungus has been accumulating in their neighborhoods, including on water cisterns and fruit trees. They blame it on the ethanol from neighboring rum facilities.

"It's been tough. We have a red-and-white boat that is parked up in our yard, but now it's black. We had a soursop tree but the leaves got so covered in black fungus that we had to cut it down," she said Sunday during a phone interview.

Like residents around Scotland whisky storage sites and bourbon-making sections of the U.S. state of Kentucky, they believe the mold is "Baudoinia," a natural-occurring growth created by a chemical reaction involving emissions of ethanol.

William F. McMurry, a lawyer in Louisville, Kentucky, who is representing the St. Croix residents in one of several lawsuits he has filed against distillers, said a judge is expected to rule soon on an effort by the rum companies to have the action dismissed.

In a joint letter sent to acting DPNR Commissioner Dawn Henry, lawyers for Diageo USVI and Cruzan said the companies are committed to working with authorities. But they said mandating new technology to capture ethanol "would threaten the viability of aging rum on St. Croix."

"This technology is untested and expensive. It would impact the quality of the rum and drive up the cost of making it," said the June 2 letter, which was sent to The Associated Press when the companies were asked for comment.

Daley said residents want the rum companies to stay on St. Croix, where the industry employs about 125 people. But they also don't want to live with the mold nuisance, which she says has roughly quadrupled home maintenance costs.

"We are not anti-business. We just want them to take care of this problem responsibly," Daley said.