Among the dead from the Aug. 12 disaster are 67 firefighters, while another 37 firefighters missing, the government said on its official microblog. 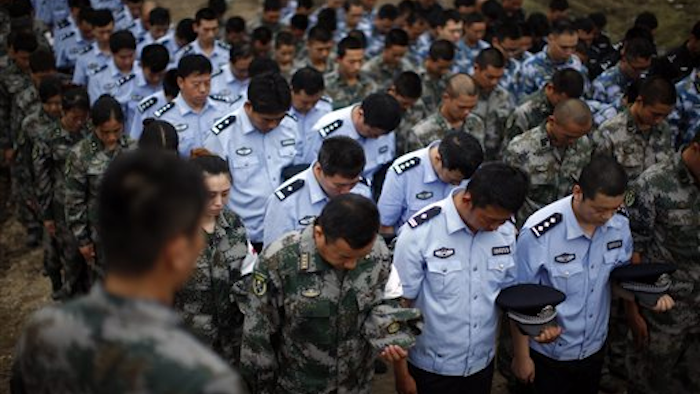 The death toll has risen to 121 in the chemical warehouse explosion in the northern Chinese port of Tianjin, while another 54 people remain unaccounted for, the city government said Saturday.

Among the dead from the Aug. 12 disaster are 67 firefighters, while another 37 firefighters missing, the government said on its official microblog.

It said that 11 policemen are also among the dead and missing, making it the worst disaster for first responders in recent Chinese history.

The cause of the disaster is still under investigation, although state media reports say the warehouse storing sodium cyanide and other dangerous chemicals was located too close to residential areas and may have obtained falsified safety approvals.

Technicians have detected levels of cyanide as much as 356 times the safe level within a 3-kilometer-radius (1.8-mile-radius) of the evacuated area, although no abnormal contamination was found outside the area.

Small animals such as rabbits, pigeons and chickens have been placed in the disaster zone to test whether it is safe for humans, while workers in hazmat suits clear charred car bodies, crumpled shipping containers and other wreckage from the area.