Campbell Soup is buying refrigerated salsa maker Garden Fresh Gourmet for $231 million as it continues to make a push into hot categories such as refrigerated fresh and organic foods. 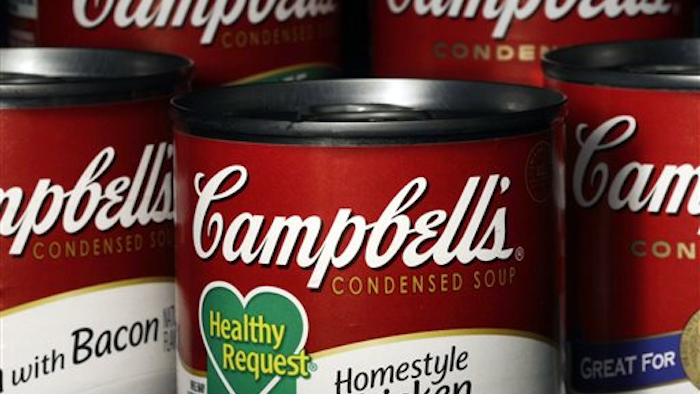 Camden, New Jersey — Campbell Soup is buying refrigerated salsa maker Garden Fresh Gourmet for $231 million as it continues to make a push into hot categories such as refrigerated fresh and organic foods.

This is the latest acquisition by Campbell Soup Co. that looks to keep pace with consumers' increasing interest in fresh and organic products as they lose their taste for its trademark canned soups. The Camden, New Jersey-based company purchased food company Bolthouse Farms in 2012 and organic baby food company Plum in 2013.

Campbell Soup has seen sales of its canned soups and vegetable juice decline as Americans shift toward foods they feel are fresher or more wholesome. Campbell's brands include V8 Juice, Pepperidge Farm cookies, Prego pasta sauces and its namesake soups.

The consumer migration has dented the popularity of Campbell's canned soups in particular, and prompted the company to try and appeal to people in their 20s and 30s with updated products. About two years ago, for instance, it rolled out a line of "Campbell's Go" soups that come in microwavable pouches and flavors like Spicy Chorizo and Golden Lentil with Madras Curry.

Garden Fresh Gourmet had $100 million in sales in 2014. The company will continue to run out of its headquarters in Ferndale, Michigan.

The deal is expected to close in fiscal 2015's fourth quarter. Campbell Soup said that it expects the addition to add to its financial results slightly starting in fiscal 2016.