A recent report pins continued problems with chemical industry regulators on actions taken in the wake of a 2012 refinery fire in California. 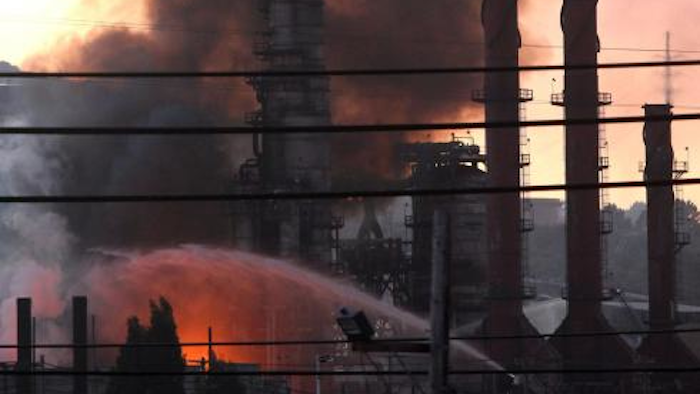 A recent report pins continued problems with chemical industry regulators on actions taken in the wake of a 2012 refinery fire in California.

The August fire at the Chevron refinery in Richmond led to thousands of hospitalizations and prompted the head of the U.S. Chemical Safety Board to call for sweeping changes to safety protocol at the country's oil refineries.

The measures touted by then-chairman Rafael Moure-Eraso sought to force refineries to actively seek out and implement best safety practices.

According to the San Francisco Chronicle, that proposal first drew the ire of members of Congress toward Moure-Eraso, who was nominated to the post by President Obama in 2010.

Subsequent congressional probes found declining morale among agency employees and allegations of intimidating whistleblowers and failing to cooperate with investigators. Moure-Eraso and others were also criticized for their use of private email accounts to conduct government business, which opponents said violated federal records laws.

On Wednesday, two lawmakers requested a Justice Department investigation into statements made by Moure-Eraso before the House Oversight Committee.

Ultimately, Moure-Eraso resigned in March, but a series of other circumstances led to a controversial leadership change at the board in recent months.

With board member Manny Ehrlich dealing with medical concerns, and proposed Moure-Eraso replacement Vanessa Sutherland yet to be confirmed by the Senate, remaining board members Rick Engler and Mark Griffon made changes to give Engler additional authority and oust two top Moure-Eraso aides.

In the meantime, none of the proposed refinery safety changes were implemented nationally, and observers are concerned things could continue for months as the nomination process continues. Griffon's term since expired, leaving Ehrlich and Engler — who disagree on governance issues — as the sole CSB members.

“It needs to be fixed,” California Rep. Mark DeSaulnier, a Democrat who represents the Richmond refinery, told the Chronicle. "It’s too important an agency.”