Researchers are looking to combat harmful methane emissions from traditional rice production. A study found that modified rice produced less than 10 percent of the methane from conventional plants in a laboratory and in field tests. 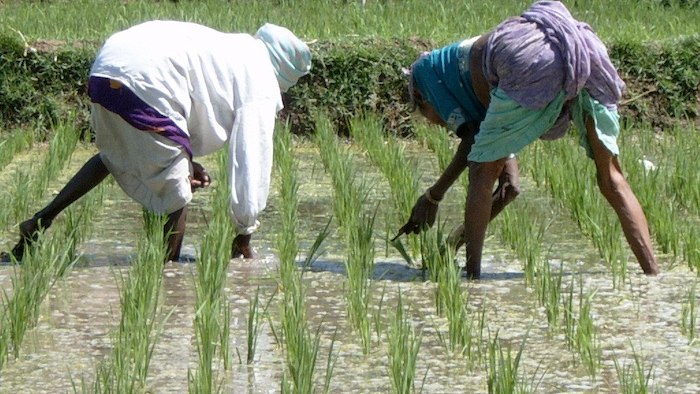 Scientists worry that those methane emissions could be problematic as the world attempts to address climate change. Rice is a staple food for millions and could be critical to feeding a growing global population.

The study published in the journal Nature, however, found that the modified rice produced less than 10 percent of the methane from conventional plants in a laboratory and in field tests.

Researchers from the Swedish University of Agricultural Sciences transferred the barley genes in an effort to produce starchier crops while generating smaller roots that contribute to methane emissions.

Scientists said more research is necessary to evaluate the results from entire rice paddies, but a Dutch microbial ecologist wrote in Nature that the study "represents a tremendous opportunity for more-sustainable rice cultivation."

Despite its promise, the modified crop would need to overcome ongoing concerns about GMOs among governments and consumers alike. Modified rice currently is not sold anywhere across the globe.