Scientists created a metal film by bonding indium — a soft, relatively inexpensive metal — with a layer of plastic. The resulting material could be stretched to twice its original length. 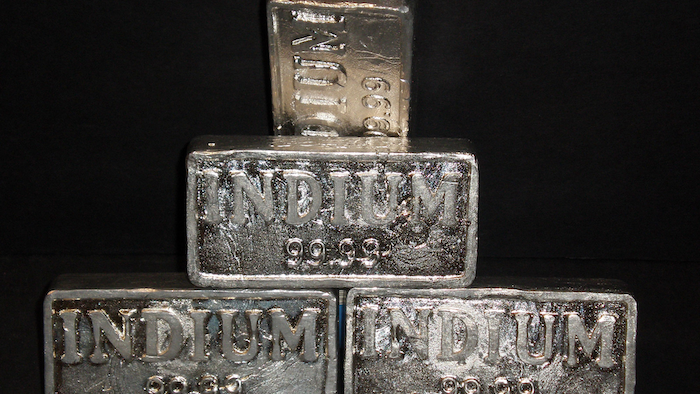 A material developed by researchers at Washington State University could potentially overcome one of the biggest hurdles to generating flexible electronics.

Scientists created a metal film by bonding indium — a soft, relatively inexpensive metal — with a layer of plastic. The resulting material could be stretched to twice its original length.

Moreover, the scientists said that the plastic, rather than the indium, was responsible for the material ultimately rupturing.

"A metal film doubling its size and not failing is very unusual," said WSU researcher Rahul Panat. "We have proposed a model for the stretchy metal but much work is needed to validate it. It’s a good situation to be in."

The patent-pending material could lead to dramatic improvements in the production of flexible electronics, which could include everything from connected fabrics and wearable sensors to robotic skins and bendable batteries.

Current flexible metal research generally involves tiny springs — which require too much space and electricity — or problematic metals like gold, which is expensive, or copper, which cracks after expanding by about 30 percent.

“This is a quantum improvement in stretchable electronics and wearable devices,” Panat said.

The study was published in the journal Applied Physics Letters.