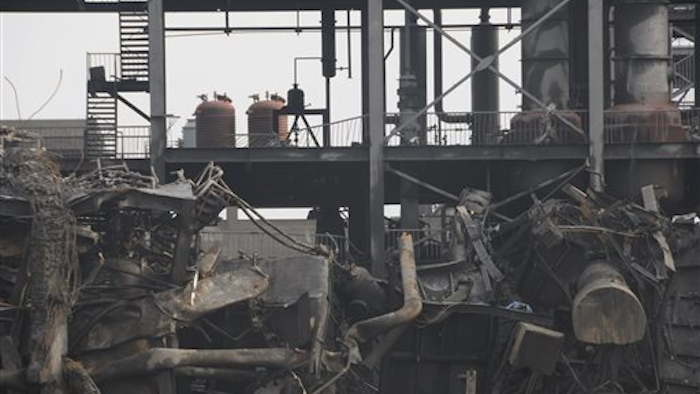 BEIJING (AP) — The death toll from an explosion at a chemical factory in eastern China last week has jumped to 13 after search and rescue efforts ended, a city government said.

Two days after the blast, the official death toll stood at five. The Dongying city government, which administers the area, said the toll had risen to 13 following the completion of search and rescue efforts Saturday. It said all 13 bodies had been identified, but gave no further details. It said 25 other people had been injured, 11 of whom were still hospitalized.

A man on duty at the Dongying city government, who gave only his surname, Fan, said Sunday that the cause of the blast was still under investigation and had no further details.

The death toll from the Tianjin blasts stands at 161, with 12 people still missing, the Tianjin government's information office said on its microblog Sunday. The warehouses were closer to homes than is allowed under safety regulations, and were storing too much hazardous material.