As U.S. oil and gas production increased this past decade, so, too, did spills of salty oilfield wastewater that can foul the land, kill wildlife and threaten freshwater supplies. 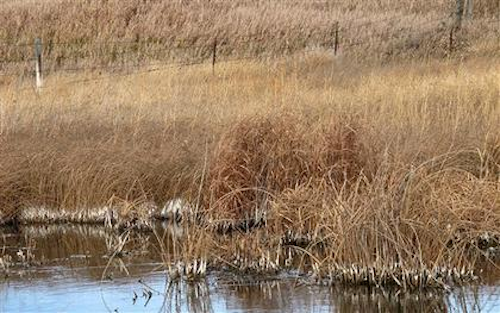 As U.S. oil and gas production increased this past decade, so, too, did spills of salty oilfield wastewater that can foul the land, kill wildlife and threaten freshwater supplies. An Associated Press analysis of 11 states found more than 180 million gallons of wastewater spilled from 2009 to 2014. Questions and answers about this damaging byproduct of energy production:

Oilfield wastewater is the fluid that comes to the surface when oil and gas are pumped out of the earth. Some is salty residue from ancient seas in underground rock formations. The rest is fresh water that was mixed with chemicals and sand and injected underground to crack open subterranean rock, the drilling process known as "fracking." The industry usually calls the liquid waste "produced water," but other common terms include brine, saltwater and flowback.

HOW MUCH IS THERE?

In a typical year, about 10 times as much wastewater is produced as crude oil itself, according to one study by a group of state groundwater agencies. In 2012, for example, roughly 840 billion gallons of wastewater were produced from onshore wells. Offshore wells generated another 26 billion gallons.

HOW HARMFUL IS IT?

That depends partly on the geological formation where it originates. Salinity varies from place to place. In its least potent form, such as wastewater generated by coal-bed methane production in Wyoming, it can be safe enough for livestock watering. In its most potent form, oilfield wastewater is at least 10 times saltier than ocean water. The liquid also can contain metals such as barium and iron, oil and grease, and radioactive materials such as radium. Wastewater spills have killed fish in streams and ponds, and cattle that drank contaminated water. Brine-flooded land won't grow crops or other plants.

CAN IT BE RECYCLED?

More than 90 percent of wastewater from onshore wells is pumped back underground — far below the aquifers that supply drinking water. Much of it helps stimulate additional oil and gas production. Of the remaining fluids, some are treated and reused for fracking or dumped in evaporation pits. Small amounts can be discharged into the environment if saline levels are low enough, or spread on dirt roads to limit dust.

HOW DO SPILLS HAPPEN?

Spills occur at various points in the production process: Pipelines that carry the wastewater to injection wells can rupture because of corrosion or bad connections. Storage tanks or surface pits can leak or overflow. And in some cases, workers illegally dump the liquid to avoid the expense of proper disposal.

WHY HAVEN'T WE HEARD MORE ABOUT THE SPILLS?

Wastewater spills tend to happen in remote areas, often on ranch and farm land. And unlike big oil spills, they don't generate heart-rending photos of otters or pelicans coated with black goo. But experts say brine can be more damaging to land than oil, creating sterile moonscapes unless properly treated.