In addition to reducing industry’s reliance on fossil fuels for feedstock chemicals, the process could also make better use of citrus crops. 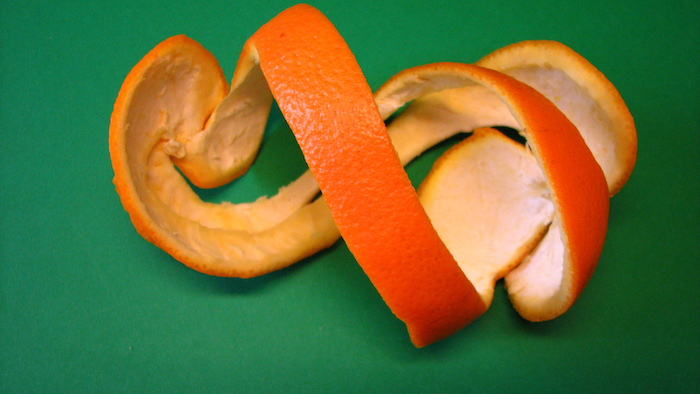 Marc Hutchby, a researcher in chemistry at the University of Bath in the U.K., writes at The Conversation that about 95 percent of the oil extracted from citrus rinds is composed of limonene molecules.

Limonene is a colorless liquid hydrocarbon that shares properties with the hydrocarbons generated from oil and natural gas, which are currently used as the building blocks for chemical manufacturing.

Hutchby writes that limonene could be particularly useful for producing polymers. In 2006, for example, Cornell University scientists combined limonene oxide and carbon dioxide to create polyesters. The chemical could also be applied to household products, pharmaceuticals and advanced materials.

Although limonene's helpful properties were known for years, extracting the oil from the peels proved tricky.

Conventional extraction methods use steam to distil the oil, but Hutchby writes that researchers from the University of York used an organic solvent in microwave to make the extraction process faster and more efficient.

In addition to reducing industry’s reliance on fossil fuels for feedstock chemicals, the process could also make better use of citrus crops. Research suggests that nearly 50 percent of oranges go to waste during the juicing process and that 20 million tons of citrus is discarded each year.

That waste, Hutchby writes, could produce about 125,000 tons of limonene.