The Democrats' letter said the federal rule presents an opportunity to develop jobs, investments and innovations in new areas such as energy efficiency and renewable energy, which could make up for the economic losses from the coal and other fossil-fuel industries. 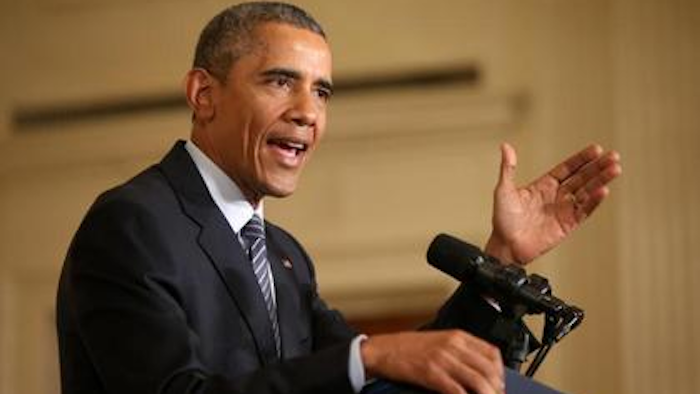 The plan announced in August calls for Montana to cut its carbon dioxide emissions rate by 47 percent compared to 2012. That is a much higher target than what was proposed in the Environmental Protection Agency's draft plan released the year before, leading the Democratic governor to say at the time that climate change must be addressed, but the Obama administration had "moved the goal post on us."

The letter sent to Bullock on Wednesday from the 11 state senators and 23 representatives — all Democrats — acknowledges that stopping climate change will be disruptive and somewhat costly, but "it is one of the major social and political imperatives of our era."

"Ignoring that imperative in the name of protecting the status quo would be irresponsible, and an abandonment of our duty to protect future generations from harm," the letter said.

If the state does not submit a plan to meet those 2030 targets by September 2016, or request a two-year extension to the EPA, the federal government will impose one on the state.

"So far as we know, nobody wants that to happen," the letter said.

Bullock agrees with that sentiment, though the governor's office is still exploring what EPA's final rule means for Montana, spokesman Mike Wessler said.

"Gov. Bullock believes that developing a made-in-Montana plan to meeting these goals is better than having the federal government dictate our energy future," Wessler said

The governor plans to form an advisory committee that will make recommendations on what actions the state will take, Montana Department of Environmental Quality officials said last week.

One of the authors, Sen. Dick Barrett, D-Missoula, said the letter is meant to encourage the governor to find common ground in coming up with a plan.

"There has been very little expression of support for the Clean Power Plan from any elected officials," Barrett said. "We wanted to go on record to express our support and have the governor know ... that we're willing to work with him."

No Republican legislators signed the letter, and none was asked to, Barrett said.

The Republican members of the state's congressional delegation oppose the federal mandate. U.S. Sen. Steve Daines said it would likely lead to closing the coal-fired Colstrip Power Plant, and U.S. Rep. Ryan Zinke predicted it would drive up energy costs.

Attorney General Tim Fox is weighing whether to file or join litigation seeking to block the EPA rule.

The Democrats' letter said the federal rule presents an opportunity to develop jobs, investments and innovations in new areas such as energy efficiency and renewable energy, which could make up for the economic losses from the coal and other fossil-fuel industries.

"In terms of the economy as a whole, the disruptions aren't going to be overwhelming. But we need to pay close, careful attention to how people in communities are adversely affected," he said.