Three advocacy groups alleged that the pipe removes 68,000 gallons of water a day from the creek and depleted a total of 28 million gallons last year. The group also said that Strawberry Creek's water levels are at record lows. 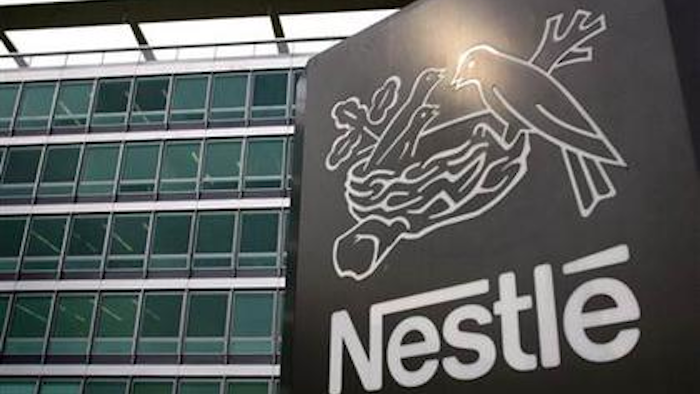 Three advocacy groups this week filed a lawsuit against federal environmental officials over allegations that Nestlé improperly pumped water under a long-expired permit.

An investigation by The Desert Sun this spring found that Nestlé — the largest U.S. bottled water producer and the world's largest food company — continued to pump water from a creek in drought-ravaged Southern California using a permit that expired in 1988.

On Tuesday, the Center for Biological Diversity, the Story of Stuff Project and the Courage Campaign Institute filed a complaint in federal court in Riverside, California, against the U.S. Forest Service.

The groups asked the court to shut down the pipeline effective immediately and order the Forest Service to conduct a full permit review.

The pipeline moves water from Strawberry Creek through the San Bernardino National Forest. Company trucks then bring the water to a Nestlé bottling plant that produces Arrowhead 100% Mountain Spring Water.

The groups alleged that the pipe removes 68,000 gallons of water a day from the creek and depleted a total of 28 million gallons last year. The group also said that Strawberry Creek's water levels are at record lows.

"It’s inexcusable for the Forest Service to allow this piping system to continue year after year without a permit or any review of how it’s affecting wildlife or local streams," said the CBD's Ileene Anderson. "The forest and the wildlife that live there deserve better.”

The Forest Service said earlier this year that it would investigate the company's expired permit and make the lengthy permit renewal process a priority. USFS officials said they could not comment on the lawsuit.

Nestlé officials, meanwhile, responded that the company is working with the Forest Service and that its permit "remains in full force and effect under the federal Administrative Procedure Act."