Safety Vs. Enforcement: Agencies At Odds Over Probe

The federal government is fighting with itself over a massive fire at a Chevron refinery in California that sent 15,000 people to hospitals with respiratory ailments. In one corner is the U.S. Chemical Safety and Hazard Investigation Board. In the other is the EPA. 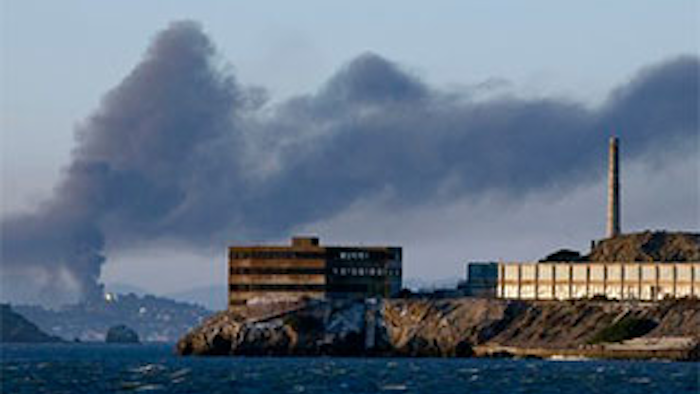 WASHINGTON (AP) — The federal government is fighting with itself over a massive fire at a Chevron refinery in California that sent 15,000 people to hospitals with respiratory ailments.

In one corner is the U.S. Chemical Safety and Hazard Investigation Board, which conducted 119 interviews in an effort to find out what caused last year's accident and how to prevent it from happening again. In the other is the Environmental Protection Agency, which is conducting a criminal investigation and wants the interviews to help it determine who's responsible.

The 7-month-old document dispute has become so contentious that the safety board, headed by Rafael Moure-Eraso, went to court in an effort to quash grand jury subpoenas that federal prosecutors issued on behalf of the EPA, according to correspondence obtained by The Associated Press. Efforts to reach a compromise have failed so far.

The fight between the board and the EPA illustrates how two vital public priorities — promoting safety and punishing violators — can be at odds with each other. While bureaucratic turf battles are a way of life in government, it is unusual for such disagreements to result in a subpoena fight.

The chemical board does not conduct criminal investigations, but relies on cooperation from industry workers to carry out its mission of pinpointing the causes of accidents and recommending ways to avoid them. In contrast, the EPA has a division with 200 agents whose job it is to prosecute criminal conduct that threatens people's health and the environment.

The board "has been working diligently with the Department of Justice to seek alternatives to release of the Chevron accident witness statements," Moure-Eraso said in a statement. "Requiring the CSB to turn over these interviews and notes where they would be used to draft criminal charges and for prosecution purposes would likely have a devastating effect on our work."

The Aug. 6, 2012, accident at Chevron's Richmond refinery 10 miles northeast of San Francisco sent clouds of gas and black smoke billowing over residential neighborhoods. In the weeks after, some 15,000 people were sent to hospitals with breathing problems. Chevron has paid $10 million to settle 24,000 claims from residents and to compensate area hospitals and local government agencies.

According to a person familiar with the probe, the EPA is trying to determine the extent to which Chevron managers were aware of serious, widespread corrosion problems at the refinery and whether the managers chose not to replace aging pipes. The person, who spoke only on condition of anonymity, was not authorized to comment publicly about the matter.

Corrosion in pipes is a problem at refineries because sulfur in crude oil reacts with steel, a process called sulfidation. The 52-inch pipe section that ruptured at the Chevron refinery had lost 90 percent of its original thickness in the 36 years since its 1976 installation, an interim report by the chemical board concluded in April. The average wall thickness near the rupture was thinner than a dime, according to the report.

According to the report, nearly three years before the accident at Richmond, Chevron metallurgists recommended that the company perform "100 percent component inspections" of high-temperature carbon steel piping that is susceptible to corrosion. The recommendation was repeated a year later in a corporate newsletter, but it wasn't followed at the plant, the chemical board's report said.

The battle over the subpoenas has been handled in closed-door proceedings in San Francisco in the courtroom of U.S. District Judge Charles Breyer, the brother of U.S. Supreme Court Justice Stephen Breyer.

If the chemical board surrenders the records to the EPA, future witnesses before the board will invoke their constitutional right to remain silent, Moure-Eraso said in a Feb. 22 letter to the judge. There is a real fear, he wrote, that witness statements to chemical board investigators will now be sought by law enforcement officials and potentially used against them as the basis for criminal charges.

In his statement, Moure-Eraso said that at a recent all-day meeting in San Francisco, the board and the Justice Department examined how to share the substantive information in the transcripts without compromising the documents or witness identities.

EPA spokeswoman Alisha Johnson said, "We are determined to move forward in a direction that respects the mission and duties of both organizations." She pointed to an Aug. 1 presidential order on chemical industry safety that emphasized the need for information sharing between the board and other federal agencies, including the EPA.

Chevron spokeswoman Melissa Ritchie said the company "has and will continue to cooperate with the government investigations."

In a letter to the EPA in February, Moure-Eraso said the chemical safety board had fought previous efforts to get its records. In one instance, he wrote, federal prosecutors obtained chemical board interviews in a probe of a fire at Xcel Energy, a Midwest public utility. Moure-Eraso said EPA criminal investigators attempted to obtain chemical board interviews of witnesses in an April 2010 explosion at a Tesoro refinery in Washington state and an April 2011 explosion in Honolulu. Moure-Eraso blamed criminal investigators for causing the key eyewitness to refuse to cooperate with the chemical board's probe of a 2009 explosion at a gas terminal in Puerto Rico.

Congress created the chemical safety board along the lines of the National Transportation Safety Board, which looks into airline and other transportation accidents.