The House voted Friday to make permanent a tax credit that rewards businesses for investing in research and development, adding $156 billion to the budget deficit over the next decade. 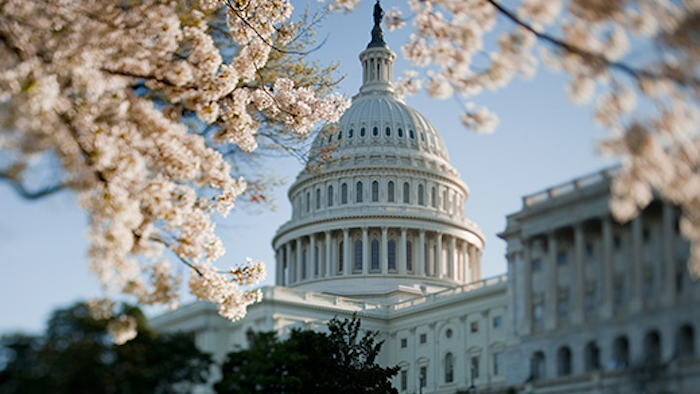 WASHINGTON (AP) -- The House voted Friday to make permanent a tax credit that rewards businesses for investing in research and development, adding $156 billion to the budget deficit over the next decade.

The tax credit expired at the beginning of the year, along with more than 50 other temporary tax breaks that Congress routinely extends.

House Republicans said Friday's vote was part of an effort to add more certainty to the tax code. In the coming weeks, they hope to vote on bills to make more temporary tax breaks permanent, though they have yet to decide on which ones.

"Beyond having the dubious distinction of the highest corporate rate in the world, the United States is also the only country that allows important pieces of its tax code, like the research and development tax credit, to expire on a regular basis," said Rep. Dave Camp, R-Mich., chairman of the tax-writing House Ways and Means Committee. "Businesses cannot grow and invest when the tax code is riddled with instability and uncertainty."

The bill passed by a vote of 274 to 131, with 62 Democrats joining nearly every Republican in support.

Some House Democrats called Friday's vote a corporate giveaway that would bloat the budget deficit. They goaded Republicans for calling themselves fiscal conservatives while adding so much to the nation's long-term debt.

"It's not only fiscally irresponsible, it's also hypocritical," said Rep. Sander Levin of Michigan, the top Democrat on the Ways and Means Committee.

President Barack Obama supports making the research and development tax credit permanent. But the White House threatened to veto the House bill because it isn't offset by other tax increases. The veto message noted that if all the 50-plus temporary tax breaks were made permanent, it would "add $500 billion or more" to the deficit.

"The administration wants to work with Congress to make progress on measures that strengthen the economy and help middle-class families, including pro-growth business tax reform," the White House said in a statement. "However, making traditional tax extenders permanent without offsets represents the wrong approach."

Almost every year, Congress allows a package of more than 50 temporary tax breaks for businesses and individuals to expire, only to renew most of them in time for taxpayers to claim them on their returns.

The Senate is moving to extend nearly all the temporary tax breaks through 2015, putting off the debate over which ones to make permanent. The Senate could vote its package as early as next week, setting up a showdown with the House that might not get settled until after congressional elections in November.

The Senate Finance Committee passed a bill in April that would extend nearly all the temporary tax breaks through 2015, adding about $85 billion to the debt.

Sen. Ron Wyden, D-Ore., chairman of the Finance Committee, said extending the tax cuts through 2015 would give lawmakers time to work on a comprehensive plan to overhaul the entire tax code.

The research and development tax credit is among the most popular of the temporary tax breaks. It has been routinely extended since 1981.

A wide variety of industries claim the credit, including manufacturers, aerospace companies, drug makers and software developers, said Christina Crooks, director of tax policy for the National Association of Manufacturers.

Most of the tax credit goes to help pay the salaries of engineers, scientists, software developers and others who work to develop new and improved products, Crooks said.