Vermont's governor signed a law Thursday that puts the state on the path to be the first in the U.S. to require labeling of genetically modified foods, and he promptly announced an online fundraiser to fight expected legal challenges from the food industry. 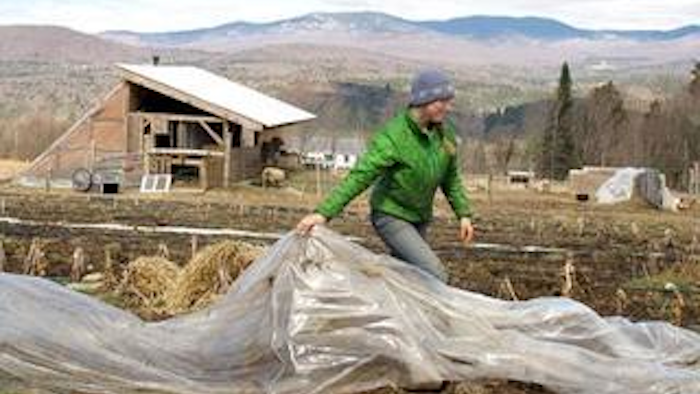 MONTPELIER, Vermont (AP) -- Vermont's governor signed a law Thursday that puts the state on the path to be the first in the U.S. to require labeling of genetically modified foods, and he promptly announced an online fundraiser to fight expected legal challenges from the food industry.

The Vermont law takes effect in mid-2016, but opponents said shortly after the bill signing that they would file a lawsuit. The Grocery Manufacturers' Association said government has no compelling interest in warning consumers about GMO foods.

Another obstacle to the state law looms in Congress, as Republicans work on a bill that would forbid states from passing and enforcing laws requiring GMO labeling.

Critics of GMO foods consider them environmentally suspect and a possible health threat. But many in the food industry say the food is safe, the technology boosts food production, and its use is less environmentally harmful than traditional farming methods.

Gov. Peter Shumlin announced the launch of a website to help the state raise funds toward a court battle with agribusiness or biotech industries.

The law calls for the labeling of processed GMO foods and for retailers to post signs on displays of unpackaged genetically engineered foods. Restaurants are exempt from the requirements. It also sets a civil penalty of $1,000 per day per product for "false certification."

The Biotechnology Industry Organization was quick to criticize the new law. In a statement, the group said scientists and regulators worldwide recognize that foods made from genetically modified crops are safe. "And these same GM crops have enabled farmers to produce more on less land with fewer pesticide applications, less water and reduced on-farm fuel use," BIO Vice President Cathleen Enright said.

In Congress, a House of Representatives bill proposes voluntary labels on GMO foods. The bill would require the U.S. Food and Drug Administration to create the guidelines for the labels.