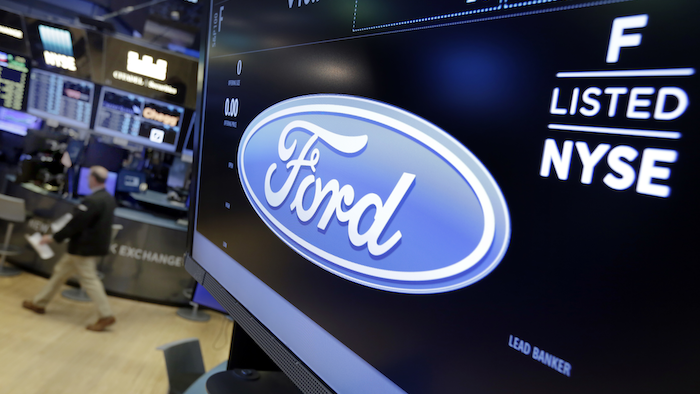 DETROIT  — Ford Motor Co.'s new CEO plans to cut $14 billion in costs, drop some car models and focus the company's resources on trucks, SUVs and electric vehicles as part of a renewed effort to win over skeptical investors.

Jim Hackett, who became Ford's CEO in May, met with around 100 investors in New York Tuesday to lay out his plans for the future. He said getting the company lean and flexible will help it handle the changes the auto industry is facing, from car-sharing to self-driving vehicles, to the shift to electric cars.

"I feel a real sense of urgency for what we're doing here," Hackett said.

Hackett and his executive team spent the summer reevaluating Ford's operations after former CEO Mark Fields was ousted in May. Hackett traveled to Russia and Turkey and visited North American plants and Ford's Silicon Valley research center as part of his review.

He said he was impressed by the talent at Ford, but wants to update factories and speed product development and decision-making. One of his first moves was to pare down the number of people reporting to him. Hackett has eight direct reports, compared to 18 for Fields.

Ford told investors it expects to reduce material costs by $10 billion by 2022 through new deals with suppliers and simpler designs. The company plans to share more parts between vehicles and reduce the options available for configuring a car. For example, customers can now order a Ford Fusion sedan in 35,000 possible combinations. Ford is reducing that to 96.

Ford also says it will cut $4 billion in engineering costs through 2022 by making fewer prototypes and reducing product-development time.

It plans to cut one-third of its engine development costs and redeploy them to electric and hybrid vehicles. Ford plans to introduce 13 new electrics and hybrids over the next five years, including a small electric SUV coming in 2020.

The company plans to reallocate $7 billion from cars to SUVs and trucks. Global demand for those vehicles is rising, and they are critical to Ford's bottom line. Jim Farley, head of Ford's global markets, said Ford plans more off-road SUVs like the upcoming Bronco for North America and more low-end small SUVs and seven-passenger SUVs for China.

The automaker plans to cut some cars from its lineup, but didn't name them Tuesday. Farley said Ford will still offer small cars, like the Focus, but will stick to more expensive — and more profitable — versions.

Ford emphasized that it's open to new partnerships, such as its recent agreement with Indian automaker Mahindra Group to cooperate on mobility, electric cars and other projects. It is also working with ride-hailing company Lyft on self-driving technology and with China's Zotye Automobile Co. about an electric car partnership.

The company says its vehicles will get smarter, with 90 percent of its global vehicles getting modem connectivity by 2020. That will allow things like software updates or apps that help drivers find parking. Ford can differentiate itself by offering, say, connected commercial vans that help small businesses keep track of their deliveries.

Marcy Klevorn, Ford's head of mobility, said Ford launched a medical van service eight weeks ago that can pick up wheelchair-bound patients and take them to the doctor. The service uses Ford-developed software for scheduling appointments, and it will help the company figure out ways that consumers will eventually use self-driving vehicles.

"We have created a box of assets that we can pull out and use for various things," Klevorn said.

Hackett, the former CEO of office furniture company Steelcase Inc., joined Ford's board in 2013. He briefly led Ford's mobility unit before being tapped as CEO.

Ford hired Hackett, in part, to turn around its share price, which has languished for the last two years even as rival General Motors Co. saw its shares rise to their highest level in seven years. Ford sunk below Tesla Inc. in market value earlier this year, even though it earned $4.6 billion in 2016 and Tesla has never made a full-year profit.

Ford's shares rose 2 percent to close at $12.34 Tuesday before Hackett's presentation. It's not yet clear if his pitch will improve investors' confidence.

"Straddling the now and the future will be tricky, especially in terms of profitability," said Michelle Krebs, an executive analyst for the car-buying site Autotrader.com.

Investors have been critical of Ford for waiting too long to bring a long-range electric vehicle to market, as GM did with the Chevrolet Bolt. They also struggled to understand Ford's plans to compete on autonomous cars.

"In the past few years, Ford simply hasn't had a compelling narrative that investors could latch onto," Barclay's analyst Brian Johnson wrote in a recent note to investors.