President Donald Trump's unconventional path to the White House could mean that the nation's workplace safety laws could get an unusual amount of attention from a new administration. 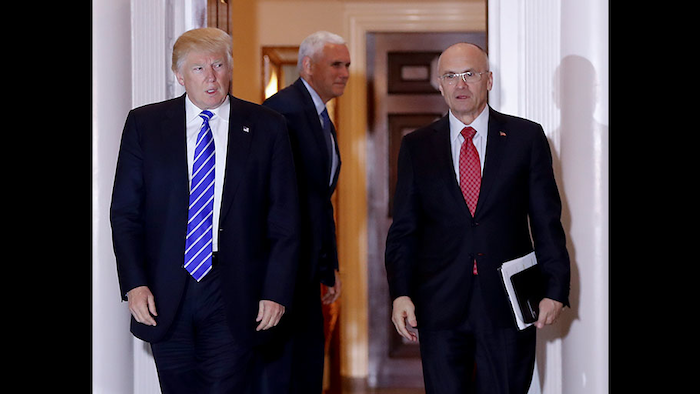 President Donald Trump's unconventional path to the White House could mean that the nation's workplace safety laws could get an unusual amount of attention from a new administration.

Trump repeatedly vowed to slash a wide range of regulations on businesses during his campaign, but Safety+Health Magazine noted that his familiarity with the Occupational Safety and Health Administration could lead that agency to receive added scrutiny.

S+H reported that Trump's companies, along with their contractors and subcontractors, received numerous fines for safety violations during his decades as a real estate developer. OSHA fined one contractor more than $100,000 — later reduced to $44,000 — after a worker was killed in a fall at New York's Trump SoHo hotel condominium in 2008.

Legal experts told S+H that several prominent OSHA rules and proposals could be in the crosshairs of the Trump administration.

“Typically, OSHA is not the highest priority agency or one of the agencies that gets a lot of attention early in an administration,” Washington, D.C., attorney Eric Conn told the National Safety Council publication. "I think this could be a unique new administration that does pay some amount of attention to OSHA in the early days because he’s familiar with it."

Conn suggested that the White House could target a rule requiring electronic submissions of workplace injuries and illnesses and prohibiting retaliation against workers who report such incidents. Industry groups, S+H noted, contend that the rule is costly and unnecessary.

In addition, the Trump administration could target rules regarding silica dust exposure and disclosure of previous labor law violations in federal contract bids.

Proposals regarding combustible dust and process safety management, meanwhile, are likely to be stopped in their tracks prior to publication.

Observers conceded that workplace safety regulations would broadly remain in effect, while others noted that scrapping rules is often just as complicated as proposing new ones.

Following the S+H report, however, Trump signed an executive order directing agencies to repeal two rules for each new proposal.

Critics argued that measure would jeopardize protections for workers as well as consumers and the environment.

“Responsible companies want regulations,” David Michaels, the OSHA chief under the Obama administration, told the Los Angeles Times. “They want a level playing field with rules that everyone has to follow.”