Federal Fracking Rule In Hands Of Federal Judge In Wyoming

U.S. District Judge Scott Skavdahl last year blocked implementation of rules drafted by the U.S. Bureau of Land Management, acting in response to a legal challenge from the states of Colorado, North Dakota and Utah and Wyoming. 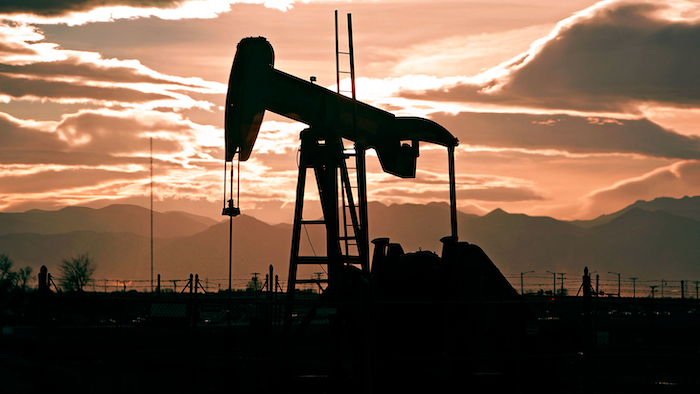 CHEYENNE, Wyo. (AP) — The future of federal rules aimed at protecting land, water and wildlife from energy-production practices including hydraulic fracturing now rests with a judge in Wyoming.

U.S. District Judge Scott Skavdahl last year blocked implementation of rules drafted by the U.S. Bureau of Land Management. He acted in response to a legal challenge from the states of Colorado, North Dakota and Utah and Wyoming.

The federal rule would require petroleum developers to disclose to regulators the ingredients in the chemical products they use to improve the results of fracking.

The BLM and a coalition of environmental groups are arguing in Skavdahl's court that the rules are necessary to protect the environment.

The BLM and other rule supporters also have appealed Skavdahl's decision to block implementation of the rules to a federal appeals court in Denver. It's unclear whether the appeals court will act before Skavdahl reaches a decision.

The Sierra Club is among the environmental groups suing to support the rule. An attempt to reach a group spokesman in Washington, D.C., wasn't immediately successful Wednesday.

"Our public lands belong to all Americans, and they should be managed under strong national standards that protect our water, land, and wildlife," Brune said. "Not just to benefit oil and gas companies."

The states and other rule opponents, including groups representing the energy industry and the Ute Indian Tribe of the Uintah and Ouray, based in Utah, this week filed their final briefs with Skavdahl. It's now up to the judge either to rule on the case or possibly hold more hearings.

Wyoming, Utah and Colorado are working together on the case while North Dakota filed its own brief.

"The fracking rule interferes with the state petitioners' lawful exercise of their own sovereign power without congressional authorization for that interference," Wyoming, Utah and Colorado stated in their brief filed on Monday.

John Robitaille, vice president of the Petroleum Association of Wyoming, said Wednesday his group tried to file a friend of the court brief in the case to support the states' position but wasn't allowed to do so.

Robitaille said his organization takes the position that Wyoming already has fracking regulations in place. He said enacting competing and contradictory federal regulations would make it difficult for energy companies to operate.

"We've said all along, that the states are in much better position, not only through expertise and staffing levels, but also they're more familiar with what's on the ground," Robitaille said. "It's a state control issue, and we believe it should be left to the state."