Production of wheat, one of the world's most important food crops, will decline as temperatures increase, a finding made possible by pooling computer models worldwide, in a study led by a UF/IFAS researcher.

University of Florida Institute of Food and Agricultural Sciences 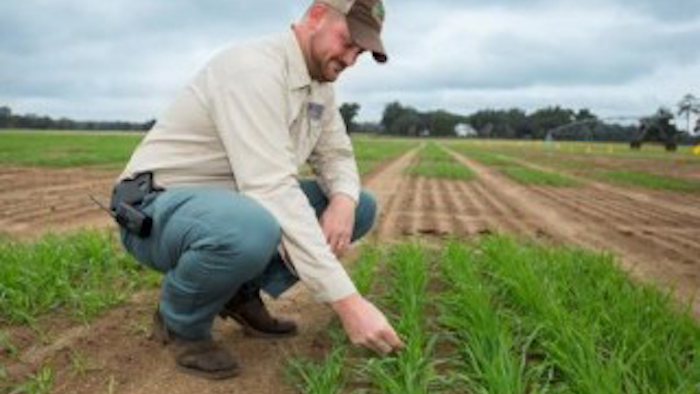 GAINESVILLE, Fla. (Newswise) — For every degree Celsius that the temperature increases, the world loses 6 percent of its wheat crop, according to a new global study led by a University of Florida scientist. That’s one fourth of the annual global wheat trade, which reached 147 million tons in 2013.
Senthold Asseng, a UF professor of agricultural and biological engineering, used a computer model approach to reach the finding of temperature increases and wheat production.
“We started this with wheat, as wheat is one of the world’s most important food crops,” said Asseng, whose team’s study was published online Dec. 22 in the journal Nature Climate Change. “The simulations with the multi-crop models showed that warming is already slowing yield gains, despite observed yield increases in the past, at a majority of wheat-growing locations across the globe.”
Global food production needs to grow 60 percent by 2050 to meet the projected demand from an anticipated population of more than 9 billion people. That’s a huge agricultural challenge, complicated by temperature increases due to climate change, Asseng said.
For 20 years, scientists have been trying to estimate the effects of temperature increase and climate change on various crops and on wheat production, which accounts for 20 percent of calories consumed globally.
But different research groups came up with different results.
By pooling models, as part of the global Agricultural Model Intercomparison and Improvement Project (AgMIP), scientists found they can better predict the impact of warmer temperatures on wheat yield, said Asseng, an Institute of Food and Agricultural Sciences faculty member.
Asseng led a group of 50 scientists from 15 countries who devised an ensemble of computer models to increase the accuracy of their predictions. They worked with 30 wheat crop models and tested them against field experiments. In those experiments, average season temperatures ranged from 15 to 32 degrees Celsius, or 59 to 89.6 degrees Fahrenheit.
The ensemble of models consistently simulated crop temperature responses more accurately than did any single model.
In the past 100 years, global temperatures have risen by more than 0.6 degrees and are projected to increase by 2 to 4 degrees Celsius by the end of the century, according to the International Panel on Climate Change.
New heat-tolerant wheat cultivars and crop management are needed to counteract the projected yield decline, and crop models will play a major role in developing new research strategies for that, said Asseng.
The UF/IFAS scientist coordinated the study with co-author Frank Ewert, a professor with the Institute of Crop Science and Resource Conservation at the University of Bonn in Germany, and Pierre Martre, a senior scientist at the French national research institute INRA.