Stronger sales of Frito-Lay snacks helped PepsiCo deliver a quarterly profit that came in above Wall Street expectations on Wednesday. During the period, PepsiCo said revenue for its Frito-Lay North America division rose 3.5 percent, boosted by a mix of stronger volume and higher prices. 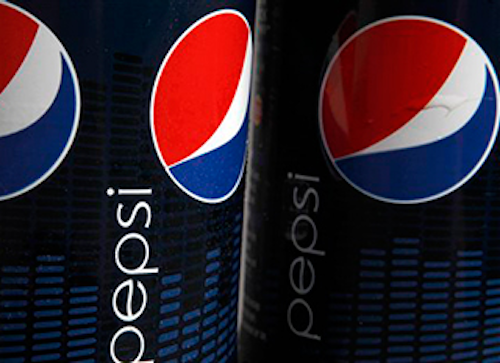 The better-than-expected results sent its shares up in premarket trading, even though the company's profit was dragged down by weakening foreign currencies and restructuring charges.

During the period, PepsiCo said revenue for its Frito-Lay North America division rose 3.5 percent, boosted by a mix of stronger volume and higher prices. The unit, the company's biggest division, sells popular snacks including Doritos, Cheetos and Tostitos.

PepsiCo came under pressure from activist investor Nelson Peltz's Trian Fund to split its more successful snacks business from its beverages, which include Gatorade, Mountain Dew and Aquafina. PepsiCo CEO Indra Nooyi has rejected the idea, saying the two units complement each other. In a conference call Wednesday, she noted it was the 50th anniversary of Pepsi and Frito-Lay coming together, and that the combined company has generated "extraordinary returns" for shareholders.

PepsiCo said last month that an advisory partner to Trian will join the beverage and snack food company's board in March, a move seen by some as a truce between the sides.

On Tuesday, rival Coca-Cola said its soda volume in North America was flat while non-carbonated drinks rose 3 percent. To offset the ongoing shift away from sodas in the U.S., Coke and Pepsi have used a variety of tactics including glass bottles and "mini cans" that are marketed as more premium offerings. They've also increasingly turned to other beverages for growth and worked on slashing costs to improve financial performance.

In Europe, PepsiCo said core revenue rose 6 percent for the quarter, helped by higher prices and volume growth in snacks and beverages. After factoring in the impact of currency fluctuations, however, revenue fell 10 percent.

Core revenue, which also strips out the impact of structural changes, rose 7 the unit including Asia, the Middle East and Africa.

For the period ending Dec. 27, PepsiCo earned $1.31 billion, or 87 cents per share. Excluding one-time items, it earned $1.12 per share. That topped the $1.08 per share analysts expected, according to Zacks Investment Research.

Looking ahead, PepsiCo said it expects adjusted earnings per share to increase 7 percent.