Bourbon is the big driver in demand because by law it must be aged in new, American oak barrels. 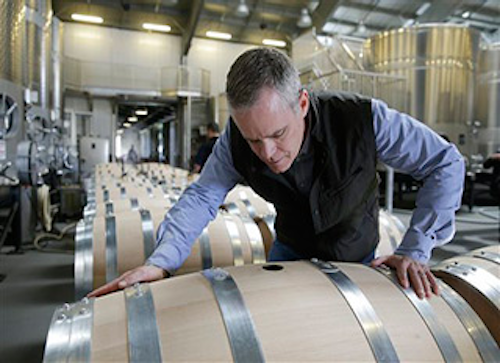 OAKVILLE, Calif. (AP) — Napa Valley vintner David Duncan has been known to stick his head in an American white oak barrel to get a full hit of the vanilla-laden, fresh-baked cookie smell the emanates from the wood.

In fact, his Silver Oak winery — which produces classic cabernet sauvignon from the Napa Valley and Alexander Valley — is so wedded to using only American oak (no French wood will suffice) to age its popular cabernet sauvignon, the family-owned winery recently took on 100 percent ownership of its own cooperage, where wooden staves are bent into barrels according to an ancient trade.

And Duncan isn't the only producer stoked on oak.

Figures for the mostly privately held industry are hard to come by, but demand is evident in the 40 to 50 percent price hikes seen in stave log prices since 2012, says Brad Boswell, president and fourth-generation cooper at Independent Stave Co., which supplies customers and cooperages in more than 40 countries.

Factors behind the price increases include the shutdown of about 40 percent of U.S. hardwood sawmills due to the recession, which in turn led to a drop in logging, says Boswell. Barrels make up just a fraction of the hardwood market, but cooperage demand due to the bourbon boom came back faster than other segments. An unusually wet season in 2013 didn't help.

Bourbon is the big driver in demand because by law it must be aged in new, American oak barrels. And domestic whiskey sales continued an upward trend in 2014, with more than 19 million cases of bourbon and Tennessee whiskey sold — up 7.3 percent over 2013 — for overall revenues of $2.7 billion, according to the U.S. Distilled Spirits Council.

Once used, barrels used to age whiskey go on to second lives aging scotch and other spirits, as well as a few things outside the spirits world. Tabasco sauce is barrel-aged, as is Bluegrass Soy Sauce.

Before being used to age bourbon, the barrels must be charred, which is when a cooper catches the interior of a barrel on fire, allowing it to burn for times ranging from 20 seconds to nearly a minute and a half. This process produces a caramelizing effect considered desirable in the liquors that are aged in the barrels.

Producers decide on all kinds of variables, including how long the wood will be seasoned, how much the insides will be heated and with what.

Maker's Mark, an Independent Stave customer, for instance, requires 32-stave barrels, as opposed to the more common 34 or 35 staves, with fewer knots in the wood to create a tighter barrel with less leakage. Once filled, the barrels are aged on different floors of a warehouse so they're exposed to different temperatures, with a tasting panel deciding when each 19-barrel batch should be moved.

"It's horribly inefficient in a lot of different ways, but by rotating our barrels we ensure that each and every barrel is aged the optimal way consistently," says Rob Samuels, Maker's Mark chief operating officer and an 8th-generation distiller.

Jack Daniel's, meanwhile, has access to its own two cooperages under parent company Brown Forman. "The good news is there's still plenty of oak left in the U.S., particularly the eastern half," says Jeff Arnett, Jack Daniel's master distiller.

Jack Daniel's is classified as Tennessee whiskey, which also must be aged in new American oak, which then is sold for reuse. "We tell people if there's a scotch that they like there's a good chance that it's because there's three gallons of Jack Daniel's soaked into the barrel," Arnett jokes.

Demand in recent years has made the wood a little harder to find — Jack Daniel's now has nine people working as log buyers compared to two some years ago — but it isn't about to run short with the capacity to make more than a half million barrels a year.

Rising demand for American white oak is one of the reasons Silver Oak, which used to own 50 percent of its cooperage in Missouri, reached a deal to take on full ownership. "We would have done it anyway, but it's made the impetus that much stronger," says Duncan.

Duncan sees American white oak as "like salt and pepper on a good steak." The wine is the culmination of decisions made in the vineyard and winery. The barrel is the final touch of spices and seasonings.