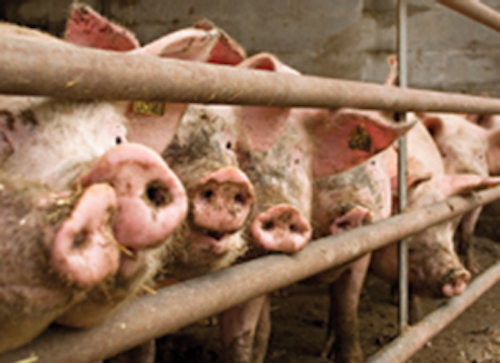 According to the Capital Press, if House Bill 1104 becomes a law, anyone who is caught recording activities at an agricultural business without the owner's consent would be committing a crime.

The state legislator believes that undercover taping at these facilities could interfere with agricultural production.

"I view it as a way to protect the farmer," Schmick, a Colfax Republican, told the Capital Press.

If the bill becomes a law, violators would be guilty of a gross misdemeanor and could have to serve up to a year of jail time. Violators might also be fined $5,000, the same maximum penalty as Idaho's law.

The video, which was recorded by the Los Angeles-based animal rights group Mercy For Animals, showed workers at Bettencourt Dairy beating cows in 2012.

If the bill is passed, Washington will join other states, such as Idaho, Utah, Iowa and Missouri, in the criminalization of undercover taping.

But animal rights activists strongly oppose the bill, arguing that recording at these facilities is the only way to show the public what is happening and fight animal cruelty.

Recently, four animal activists took pictures at a large Utah hog farm and are now being charged under state law.

The activists were from the Farm Animal Rights Movement, and their attorney T. Matthew Phillips said they were only trying to retrace the journey of pigs from the farm to a California slaughterhouse.

"What they wanted to do is document the trail of tears, if you will." Phillips said.

Animal rights and civil rights groups are working to overturn the law in several states, but Schmick said he just wants to protect agriculture practices in Washington from being distorted to look like abuse.

"You can edit anything to make it look really bad," he added.

"It just puts other employees potentially in danger, as well as the families [who own farms]," he said.