China Moves to Accept Imports of All US Apple Varieties

For the first time in several years, all varieties of apples from the United States will go on sale in China. A deal was reached between officials for the U.S. and Chinese governments to grant access to all U.S. apple varieties. 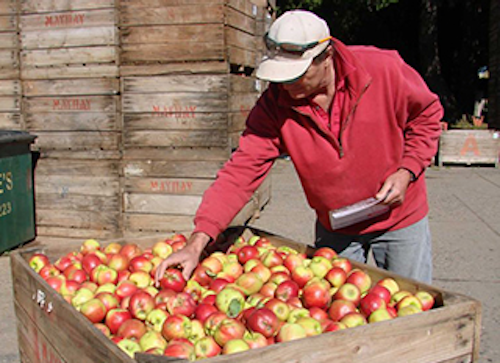 SPOKANE, Wash. (AP) — For the first time, all varieties of apples from the United States will go on sale in China.

A deal was reached last week between officials for the United States and Chinese governments to grant access to all U.S. apple varieties.

That's according to the Washington Apple Commission, which represents growers of the nation's largest apple crop.

China bought $55 million worth of Washington Red Delicious and Golden Delicious apples during the 2010-11 marketing year. But China stopped buying U.S. apples in 2012 because of concerns over a fungus.

Access for Red Delicious and Golden Delicious apples was regained last October. The apple commission says an agreement reached last week in San Francisco should for the first time open the door to all varieties in coming weeks.