The worldwide demand for legumes, one of the world's most important agricultural food crops, is growing; at the same time, their production has been adversely affected by drought. 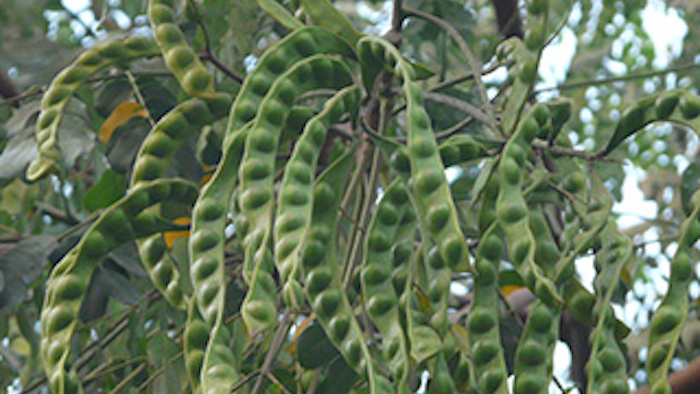 INDIANAPOLIS — The worldwide demand for legumes, one of the world's most important agricultural food crops, is growing; at the same time, their production has been adversely affected by drought. In an Indiana University-Purdue University Indianapolis research paper published today in the journal PLOS ONE, researchers provide information that could help agricultural planning and management to minimize drought-induced yield losses.

Legumes, which include peas, beans, peanuts and alfalfa, are grown in almost every climatic region and are second only to cereals in terms of contribution to food security.

World demand for legumes is expected to grow in the foreseeable future, not only in developing countries but also in the developed nations, given the trend toward healthy dieting. Frequent intake of legumes, which are rich in protein and soluble fiber, has been associated with reduction of cardiovascular diseases, diabetes, digestive tract disease and obesity. But many regions of the world have experienced significant shifts in the pattern and amount of rainfall, raising concerns about a growing water scarcity problem and increasing crop failure.

It has been unclear, however, how the effects of drought co-vary with legume species, soil condition, agroclimatic region and drought timing, said Lixin Wang, an assistant professor in the Department of Earth Sciences in the School of Science at Indiana University-Purdue University Indianapolis and the corresponding author of 'Global synthesis of drought effects on food legume production.'

To address those uncertainties, the researchers collected literature data from 1980 to 2014 that reported legume yield responses to drought under field conditions, and they analyzed this large data set using meta-analysis techniques.

The researchers were particularly interested in how different variables influenced the yield responses. The variables of interest include legume species, location, such as tropic or non-tropic, climatic region, such as dryland or non-dryland, drought timing, and soil texture.

'By synthesizing the results of field studies across the globe, we wanted to better characterize the factors that determine the magnitude of yield loss in legumes due to drought stress, which must be considered in agricultural planning to increase the resilience of legume production systems,' Wang said. 'Our results could facilitate the development and selection of existing legume species, as well as better management for drought-prone regions by testing whether these species become more or less sensitive to climate variations, particularly drought.'

The results of this study showed that the amount of water reduction was positively related to yield reduction, but the extent of the impact varied with legume species and the phenological state during which drought occurred. Another factor affecting yield loss was legumes grown in soil with medium texture also exhibited greater yield reduction compared to those planted in soil of either coarse or fine texture. This is counterintuitive, considering production potential of medium textured soils is usually high.

'Studies such as Dr. Wang and his colleagues' are essential for revealing subtle patterns in the responses of crops to droughts caused by climate variability. For example, his finding that legume drought responses vary strongly across soil texture demonstrates the need for a better understanding of how drought-induced water scarcity interacts with plants and soils to affect food production.' said Kelly Caylor, an associate professor in the Department of Civil and Environmental Engineering in Princeton University.

Overall, the yield of lentils, peanuts and pigeon peas were found to experience lower drought-induced reduction, according to the paper. Yield reduction was generally greater when legumes experienced drought during their reproductive stage.

'Since our results showed that the effects of drought on yield production varied with species and soil texture as well as drought timing, this study underscores the need to prioritize the selection and development of drought-resistant legume species adapted to the drought-prone regions of the world,' Wang said.

Because the effects of drought on legume production were found to be affected less by climatic regions and related more to legume species, the selection and promotion of drought-resistant legume species could provide an approach to minimize the impact of droughts.