Researchers in the School of Agriculture, Food and Wine have been investigating different varieties of barley to find ones that have higher levels of Vitamin E and other antioxidants at harvest and after storage. 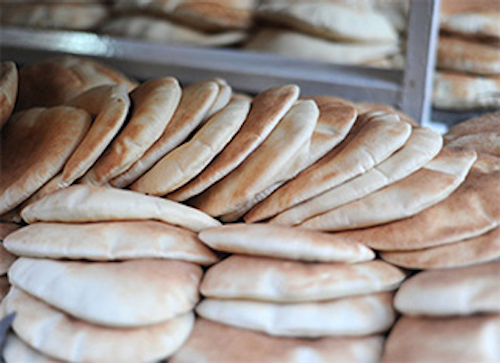 Healthier and longer lasting pita bread may be the outcome of barley research underway at the University of Adelaide’s Waite campus.

Researchers in the School of Agriculture, Food and Wine have been investigating different varieties of barley to find ones that have higher levels of Vitamin E and other antioxidants at harvest and after storage.

They are then making pita bread with different combinations of malt, whole grains and flour (all made from promising barley varieties) to see if they can produce pita bread with higher antioxidants, making them healthier and prolonging their storage capacity.

“Barley has historically been used for malt and livestock feed,” says Amanda Able, University of Adelaide professor of plant science. “Recently, however, there has been growing interest in the use of barley in human foods largely because of its high content of fiber, beta-glucan and antioxidants. Antioxidants are crucial in maintaining the health of tissues and organs because of their ability to slow tissue damage by acting against damaging free radicals. Malt and food products containing antioxidants have the additional benefit of lasting longer on the supermarket shelf. And, while antioxidants can be easily destroyed by light, water and heat, we’ve found barley varieties that not only start with higher levels of antioxidants but the levels remain stable during storage before processing.”

The research is being carried out by PhD candidate ThuDung Do, who is supported by AusAid. Preliminary results have one hull-less (no outside husk) barley variety in particular showing promise for its high and stable levels of Vitamin E.

“Usually it’s the varieties with husks that have the higher levels of antioxidants so this hull-less variety has the additional benefit of being softer and a better type of grain for pita bread,” says Able. “Husked grain can be quite hard and not so suitable for pita.”

The next steps in the research are conducting consumer testing and further research to see if the Vitamin E from the barley is being digested and used by the human body. They are also investigating the additional shelf life because of the higher antioxidant levels.

Other research will look at genetic sequencing of the barley to see which genes are responsible for the antioxidant and Vitamin E levels for future breeding programs.