Utah's liquor board approved more flexible rules for granting event permits Tuesday, a year after receiving intense criticism when board members considered denying a permit to serve beer at an annual Oktoberfest celebration. 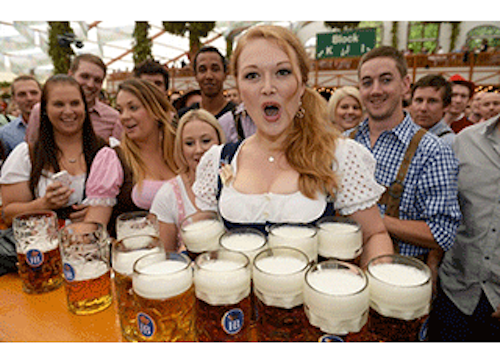 Officials decided that events with alcohol don't have to be hosted by a nonprofit or charitable organization, removing the provision that almost scuttled a ski resort's German-themed festival near Salt Lake City.

The Utah Department of Alcoholic Beverage Control rebuilt the rules from scratch to make the process simpler and more flexible, said liquor board Chairman David Gladwell.

The new process looks to local authorities in areas where events will be held.

"If the community says, 'We like this event, it provides social activity, and it gathers community members,' we're pretty well saying, 'OK, have at it,'" said Gladwell.

Groups applying for a permit to serve alcohol at an event will have to get written approval from municipal leaders.

The new rules also call for state alcohol control officials to explain in writing if a permit is refused, and allow event organizers to appeal if the request is denied.

Applications are requested 30 days in advance, and seven business days is the hard deadline.

"It still doesn't allow for 'the event is tomorrow.' There is no statutory way we could accommodate for that kind of request," said Nina McDermott, director of compliance and licensing. Officials will also examine whether applicants have a history of violating agency rules.

The changes come after a monthslong revision process that started when the liquor board waffled about granting a permit for Snowbird Ski Resort's Oktoberfest in May 2014.

Commissioners said single-event permits appeared to be designed for events that benefit the community and are put on by nonprofits and charitable organizations, rather than for-profit businesses such as Snowbird.

The rule hadn't changed recently, but commissioners said they were tightening up oversight of the permits.

But critics said the approach subjected the state to ridicule and hurt tourism. The board ultimately backed away and granted the permit, calling the long-running German festival "a valuable community event."

The Oktoberfest controversy was the latest flare-up over Utah's unique liquor laws. The alcohol control department was also criticized for citing restaurants that served alcohol to customers without first making sure they intended to stay and eat.

The state rolled back some of the strictest liquor laws in 2009, when Utah stopped requiring bars to operate as members-only social clubs. State officials opted not to relax any more laws this year after Mormon church leaders said the regulations keep people safe.