Donald Keough, who steered Coca-Cola through the "cola wars" of the 1980s, died Tuesday in Atlanta. He was 88. Keough served as the company's president and chief operating officer from 1981 to 1993. 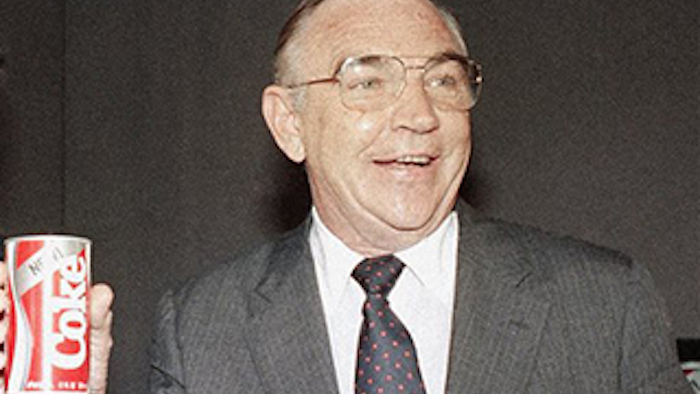 NEW YORK (AP) — Donald Keough, who steered Coca-Cola through the "cola wars" of the 1980s, died Tuesday in Atlanta, the company said. He was 88.

Keough served as the company's president and chief operating officer from 1981 to 1993. He is credited with building Coca-Cola into a more global company.

During his tenure, Coca-Cola introduced "New Coke" as it was fighting off efforts by PepsiCo to take market share. Coke fans protested. A song called "Coke was It," mocking the company's "Coke Is It" slogan, was popular on radio stations, according to the book "Secret Formula" by Frederick Allen.

During a press conference at the time, Keough focused on the upside of the company's error, noting that the response showed the "passion" people have for Coca-Cola.

"Some critics will say Coca-Cola made a marketing mistake. Some cynics will say that we planned the whole thing. The truth is we are not that dumb and not that smart," Keough said, according to "Secret Formula."