After Eliminating Human Antibiotics in Chicken Production, Perdue Continues Leadership Role to Reduce All Antibiotic Use

Less than a year after eliminating the routine use of human antibiotics in its chicken production, Perdue Farms on Wednesday announced it is now raising more than half its chickens with no antibiotics of any kind – human or animal. 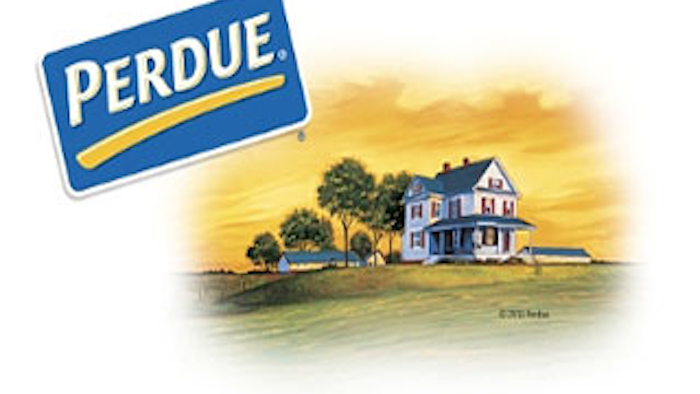 SALISBURY, Md. (PRNewswire-USNewswire) — Less than a year after eliminating the routine use of human antibiotics in its chicken production, Perdue Farms on Wednesday announced it is now raising more than half its chickens with no antibiotics of any kind – human or animal.

"We believe consumers are concerned about the use of all antibiotics, not just some. Through our No Antibiotics Ever chickens, we want to give them a choice that carries transparency and confidence," said Chairman Jim Perdue.

"We completely eliminated the first two uses in September of 2014, and have improved the way we raise chickens so that 96% of our flocks never require treatment with a human antibiotic," explained Bruce Stewart Brown, DVM, Perdue's senior vice president of food safety, quality and live production. "However, we didn't stop there. We're going to continue to reduce our use of animal-only antibiotics, so that we're raising as many chickens as we can with no antibiotics of any kind – and offering that choice to consumers."

More PERDUE® NO ANTIBIOTICS EVER™ Products in the Fresh Chicken Case

To support this goal, the company has brought a full range of no-antibiotics-ever chicken products into mainline distribution under the PERDUE® name.

"Since Perdue eliminated the routine use of human antibiotics, other poultry companies have responded with a confusing array of promises: consumers aren't sure what they're buying," said Eric Christianson, senior vice president of marketing and innovation. "Our PERDUE® NO ANTIBIOTICS EVER™ products give consumers who want chicken raised without any antibiotics a clear choice - one that's available right now, not months or years away."

To further educate consumers, the company is launching a new consumer information campaign around its PERDUE® NO ANTIBIOTICS EVER™ products. The campaign, created by the VIA Agency in Portland, ME, kicks off on July 8, 2015 with a series of six new national TV ad spots that highlight Perdue's high-quality chicken and celebrates the peace of mind consumers have when serving their family chicken that is raised with absolutely no antibiotics ever.

"The new campaign will raise awareness about Perdue's commitment to providing consumers with the highest quality and best products for the dinner table – ones that include no antibiotics ever," said Dan Bailin, group strategy director at The VIA Agency. "What's important about this campaign is that Jim Perdue is making that pledge directly to the audience – a promise that's very personal for him."