Oakhurst Dairy, the largest milk processor in northern New England, has been sold to a national dairy farmer-owned cooperative, allowing the family-owned business to continue to operate independently while providing opportunities for growth. 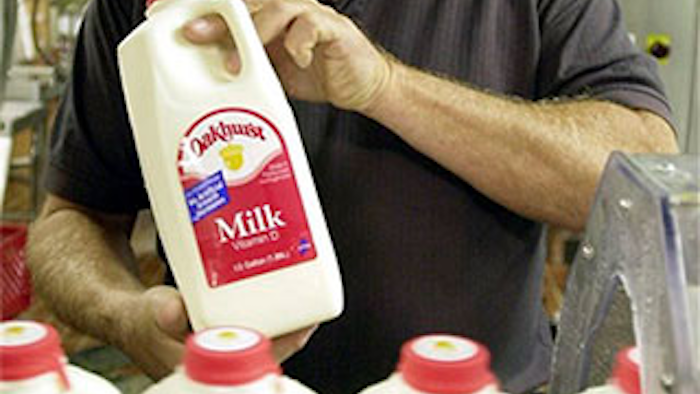 The current management team remains in place and there will be no change for Oakhurst's 210 employees or the 70 independent dairy farms that supply milk, said Bill Bennett, Oakhurst chairman.

"We feel this is the best opportunity for our employees, customers and farmers. It also allows us to keep our commitments in the community and to grow," said his brother, John Bennett, Oakhurst's co-president.

Dairy Farmers of America is the largest milk-marketing co-op in the nation, representing 8,000 farms and 13,000 farmers, said Pat Panko, chief operating officer of the co-op's milk and ice cream division.

Part of the reason that Oakhurst and Dairy Farmers of America began discussions is that no one at family-owned Oakhurst was in line to run the company, Oakhurst officials said. The Bennett family has owned the milk-processing and bottling plant through three generations — for more than 90 years.

DFA has been increasing its investments in milk and ice cream by buying other regional dairy processing facilities, including Guida's Dairy in Connecticut, Kemps in Minnesota and Dairy Maid Dairy in Maryland.

These local brands continue to run and function as separate, independent businesses.

The Bennetts said it was important to the family that the company survives and thrives.

"It really is an exciting change for us. I say 'change' but nothing is going to change for us," Bill Bennett said. "It just makes a ton of sense."