Coca-Cola is buying a heavy stake in Monster Beverage for $2.15 billion, hoping to benefit from the surging popularity of energy drinks. The deal is the latest move by Coca-Cola to look beyond its own portfolio of Sprite, Dasani, Powerade and other drinks for growth. 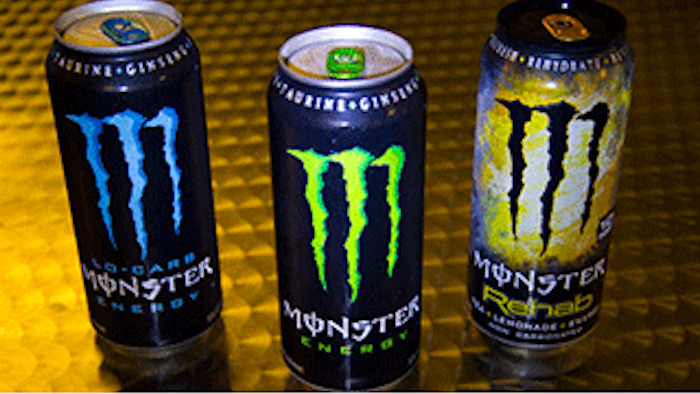 ATLANTA (AP) — Coca-Cola is buying a 16.7 percent stake in Monster Beverage for $2.15 billion, with the world's biggest soda maker hoping to benefit from the surging popularity of energy drinks.

The Atlanta-based company said Thursday it will also place two directors on Monster's board as part of the deal.

Analysts had suggested for some time that Coca-Cola might acquire Monster at a time when its flagship soda business is flagging in developed markets such as the United States. Monster Beverage Corp., meanwhile, has cultivated a loyal fan base in part by focusing its marketing on skateboarding, snowboarding and other sports events.

When asked during a conference call with reporters whether Coca-Cola had pursued acquiring all of Monster, CEO Muhtar Kent said, "I wouldn't want to comment on that."

He noted the company has the option to increase its stake to 25 percent.

As energy drink makers have enjoyed growth in recent years, they've also been the subject of criticism and controversy over marketing tactics and the caffeine levels in their products. The Food and Drug Administration has been investigating reports of deaths linked to energy drinks, although the agency noted that the reports don't prove the drinks caused the deaths.

Monster, based in Corona, California, has repeatedly said its drinks are safe and it does not know of any fatalities caused by its products.

The deal is the latest move by Coca-Cola to look beyond its own portfolio of Sprite, Dasani, Powerade and other drinks for growth. Earlier this year, the company also bought a 10 percent stake in Green Mountain Coffee Roasters Inc. for $1.25 billion.

As for its deal with Monster, the two companies will also swap some drinks to better align their respective portfolios. Monster will take Coca-Cola's energy drink business, which includes NOS, Full Throttle, Burn and Mother. In turn, Coca-Cola will take Monster's other beverages, such as Hansen's Natural Sodas and Peace Tea.

The transaction is expected to close later this year or in early 2015.