Around the world, portion sizes are generally smaller. Perceptions of American overconsumption have been fueled by films such as "Super Size Me" and the spread of U.S. fast-food chains. So while many global citizens reacted with a mix of incredulity, awe and disgust when confronted with some of the sizes of sugary drinks sold stateside, others were less surprised. 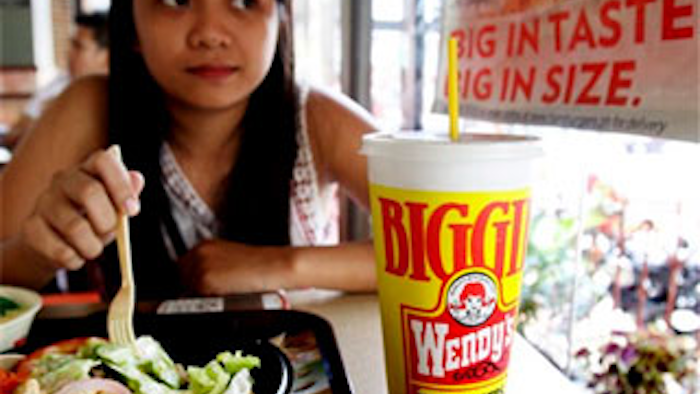 LONDON (AP) — New York Mayor Michael Bloomberg has proposed a ban on the sale of large sodas and other sugary drinks in restaurants, delis and movie theaters in the hopes of combating obesity. Under his plan, sugary drinks would be limited to 16 fluid ounces — almost half a liter.

Around the world, portion sizes are generally smaller. Perceptions of American overconsumption have been fueled by films such as "Super Size Me" and the spread of U.S. fast-food chains.

So while many global citizens reacted with a mix of incredulity, awe and disgust when confronted with some of the sizes of sugary drinks sold stateside, others were less surprised.

"I know what American culture is like — big portions, not necessarily health-conscious," Gordon Howard, who works in finance, said at a London wine tasting. "They supersize everything."

Like Howard, many people around the world say the notion of a 44-ounce cola doesn't hold much water for them — but neither did a ban.

The idea of drinking that much soda — or liquid of any kind — is "excessive" to 32-year-old Simon Robinson, but he said wouldn't care about Bloomberg's ban because he would never drink that much in the first place — even during a three-hour film.

"I would probably have to go to the bathroom and end up missing half the movie," Robinson said. "It's the people that either want that drink or think it's their right that are going to kick up a fuss."

Cafe owner Mourad Rahmani, 30, said he can't imagine such a debate in France. "The biggest size drink we have here is 0.5 liter," Rahmani said, raising an empty pint glass he'd been washing. While he would never think of ordering such a 44 ounce drink himself, Rahmani said he's against the ban. "It's a question of freedom. What's next? Ban hamburgers?"

"A person should have the right to decide what they want to eat and how much," said social worker Frederick Agaba. "This should not be the job of a mayor. In any case, this law would not make a big difference, as elsewhere someone could still take whatever amount of Coke he wants."

"Kids these days when they see that soft drinks are available, they will just drink and drink," she said. "It is part of government's responsibility to ensure the health of its citizens."

"Here I don't think we have that problem but there it might help raise awareness," he said while waiting for a train.

Shazia Suffla suggested that governments should instead provide more information about how to avoid diseases like diabetes and high blood pressure, and encourage restaurants to offer more healthy choices.

"I'm actually adapting to trying to eat healthily," she said while hearing to a diner near her office to get a grilled chicken sandwich. "But people don't like to be told what to do."

"It's so weird for us, the idea that a person would drink more than a liter of soda — that's huge! Of course there should be a law to stop that," said Arthur Trigo, a 19-year-old student standing outside a juice stand in a shopping center. "Americans are such exaggerated consumers, they really need to consume less."