Mondelez International Inc. said Wednesday its net income fell in the third quarter, as revenue took a hit from the stronger dollar in its first quarter as an independent company. Mondelez, formerly known as Kraft Foods Inc., makes snacks including Oreo cookies, Cadbury and Nabisco. It spun off its North American grocery business and changed its name Oct. 1. 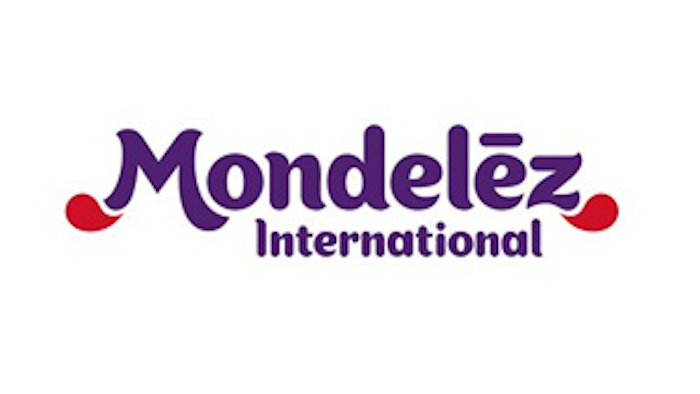 DEERFIELD, Ill. (AP) — Mondelez International Inc. said Wednesday its net income fell in the third quarter, as revenue took a hit from the stronger dollar in its first quarter as an independent company.

Revenue fell 2 percent to $12.9 billion from $13.3 billion. The stronger dollar, which lessens the value of overseas sales, hurt revenue by 4.5 percentage points.

On an adjusted basis, which reflects the spinoff, operating income rose 2.2 percent to $1.1 billion, or 37 cents per share. Revenue fell 5.1 percent to $8.3 billion. The stronger dollar hurt revenue by 6.6 percentage points. Analysts expected income of 36 cents per share on revenue of $8.65 billion, according to FactSet.

CEO Irene Rosenfeld said revenue growth was hurt because there was less of a benefit from price increases compared to a year ago, and the company had "short-term executional missteps" in countries including Brazil and Russia.

In Brazil, Rosenfeld said in a call with analysts, the company was slow to react to a slowdown in gum purchases, so it wound up shipping too much gum into the region as the category slowed down by about half. It also cut marketing support for its biscuits to offset the gum slowdown, which hurt biscuit sales. The marketing support has been restored, Rosenfeld said.

In Russia, the company was hurt by the fact that as coffee and chocolate costs dropped, its competitors cut prices and Mondelez didn't. It has since made relevant price cuts, Rosenfeld said.

She said the issues should be "largely resolved by the end of the year."

Revenue from emerging markets fell 6 percent, hurt by the stronger dollar and the weakness in Brazil and Russia. That was offset by strong growth in China, India, and the Middle East and Africa.

In Europe, revenue fell due to the stronger dollar. Chocolate and coffee volume grew, with particular strength in the Milka and Cadbury Dairy Milk chocolate brands, but that was offset by lower coffee pricing.

Revenue rose 1.9 percent in North America, helped by strong performance of cookies and crackers such as Honey Maid, Ritz, Triscuit and Oreo.

Mondelez affirmed operating income guidance of $1.50 to $1.55 per share for the year. Analysts expect $1.44 per share, on average.

Before the market opened on Wednesday, the spun-off North American grocery business, which makes Oscar Mayer, Miracle Whip and Velveeta, and is now known as Kraft Foods Group Inc., said its net income rose 13 percent in the third quarter, helped by a mix of new products, increased advertising and productivity improvements.

Beginning in the fourth quarter, Mondelez said historical financial results for Kraft Foods Group will be reflected as discontinued operations.

Kraft announced in August 2011 that it would be splitting in two by the end of 2012 so both sides of the business could focus better on their priorities. It announced the new name in March and the split took effect Oct. 1.

In after-hours trading, Mondelez shares lost 25 cents to $26. The stock ended regular trading down 24 cents amid a broader market decline.