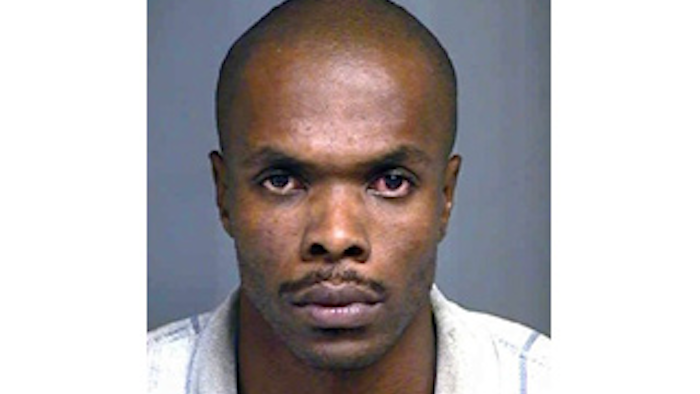 FRESNO, Calif. (AP) — Employees at a California chicken-processing plant returned to work Thursday as new information surfaced about the psychological history of the ex-convict who police say shot four of his co-workers before killing himself.

Intermittent explosive disorder is a condition marked by sudden aggression that appears out of proportion to any external stress, according to the National Institute of Mental Health.

To be diagnosed with it, a person must have had three such aggressive episodes.

Jones was seen many times by jail psychiatric services staff, who described him as mentally unstable, the Fresno Bee reported.

"The majority of the contacts have been crisis-related," wrote psychologist Adrian Della-Porta. "He has a history of acting out around his court dates. He has consistently refused medication offered to him."

On Tuesday, in the middle of his morning shift at Valley Protein, the 42-year-old Jones pulled a gun and shot four co-workers, killing two, authorities said. Two others were wounded.

Police have not released a possible motive for the violence.

Two of the victims had worked at the plant for less than a week. Another had worked there since June.

Jones' boss and co-workers were puzzled about what set off the ex-convict who had been in and out of prison since 1991 for crimes ranging from armed robbery to car theft — a record his managers were aware of, Coyle said.

They said Jones, who had worked at the plant for 14 months, was a nice, respectful man, and a model employee.

Bob Coyle, president and owner of the Valley Protein plant, said Jones always arrived on time and said hello, and "got the job done" — though he mostly kept to himself.

In 1991, Jones was convicted in Alameda County of robbery with the use of a firearm. In 1994, he was sentenced to 13 years in prison for robbery in Fresno County then released on parole in 2001, according to the California Department of Corrections and Rehabilitation.

Court records show Jones was most recently convicted in Fresno County in 2004 for stealing a car and evading an officer while under the influence of alcohol and a drug. Jones was sentenced to 10 years and eight months. He was released on parole in June 2011 and discharged from parole in May.

"He was reviewed and he had not had any violations and so he was discharged from parole," said California Department of Corrections and Rehabilitation spokesman Luis Patino.

On Wednesday, Valley Protein brought in grief counselors for employees, some of whom walked out wiping away tears and hugging each other. Later, family members and friends held a candlelight vigil for the victims outside the plant.

Salvador Diaz, 32, who was killed in the rampage, "was one of the funniest people you could talk to, watch a movie with and laugh with," his cousin, Ofelia Olea, told the Fresno Bee at the vigil.

And a friend of Manuel Verdin, 34, another victim, called him a loving father and husband.

"The man I knew was a happy, good character," Chris Martinez said of Verdin. "He was responsible and just wanted to do right for his family and be there for his son."

Authorities said Jones methodically shot his first three victims — including Diaz and Verdin — by placing a gun against their head or neck. Police said the gunshots were drowned out by the sound of machinery and ear protectors used by the workers who dice, slice, grind and cook chicken.

He then shot a woman who tried to flee, and put the gun to one more person's head and pulled the trigger, but the gun was out of bullets, according to police.

Coyle said Jones was confronted by a plant manager before police say Jones left the building, reloaded and shot himself.

Arnulfo Conrriguez, 28, was listed in serious condition Thursday at Fresno's Community Regional Medical Center, a hospital spokeswoman said. Fatima Lopez, who witnessed the slayings and was shot as she started to run, was treated and released.