Years of drought are reshaping the U.S. beef industry with feedlots and a major meatpacking plant closing because there are too few cattle left in the United States to support them. Some feedlots in the nation's major cattle-producing states have already been dismantled, and others are sitting empty. 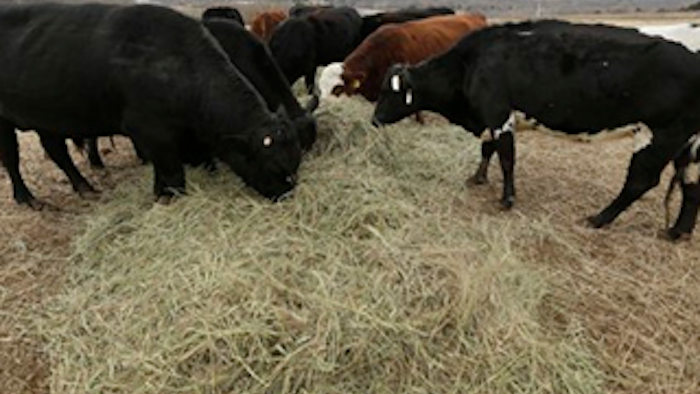 WICHITA, Kan. (AP) — Years of drought are reshaping the U.S. beef industry with feedlots and a major meatpacking plant closing because there are too few cattle left in the United States to support them.

Some feedlots in the nation's major cattle-producing states have already been dismantled, and others are sitting empty. Operators say they don't expect a recovery anytime soon, with high feed prices, much of the country still in drought and a long time needed to rebuild herds.

The closures are the latest ripple in the shockwave the drought sent through rural communities. Most cattle in the U.S. are sent to feedlots for final fattening before slaughter. The dwindling number of animals also is hurting meatpackers, with their much larger workforces. For consumers, the impact will be felt in grocery and restaurant bills as a smaller meat supply means higher prices.

Owner Bob Podzemny has been taking apart the 32,000-head Union County Feed Yard near Clayton, N.M. It closed in 2009 when a bank shut off its operating capital in the midst of the financial crisis, and Podzemny said he doesn't see reopening after struggling through Chapter 11 bankruptcy.

"There just are not that many cattle in this part of the country no more, and it is not profitable to bring them in and feed them, so it is shut down," Podzemny said.

He's now feeding a few cattle in another feedlot, buying them at about 450 pounds and growing them to 800 to 850 pounds. He then sells them to others who bring them to the typical 1,200- to 1,300-pound slaughter weight.

"It is making a little money now on just growing feeders and selling them as feeders rather than finishing them all the way out," Podzemny said. "We do what we got to do to survive, you know."

Cattle numbers have been falling for years as the price of corn used to feed animals in feedlots skyrocketed. The drought accelerated the process, but many feedlots were able to survive at first because ranchers whose pastures dried up weaned calves early and sent breeding cows to be fattened for slaughter.

But now far fewer livestock than normal remain on the farms. And, ironically, if it rains this spring and summer, even fewer animals will go into feedlots because ranchers will hold back cows to breed and rebuild their herds.

Texas, the largest beef-producing state, has been particularly hard hit with a historic drought in 2011 from which it still hasn't fully recovered.

He recently dismantled a 7,000-head feed yard in Hereford, Texas, for a new owner who had bought it for the land, not the business. The previous owner had lost the property to foreclosure, and the facility was in very poor condition and would have cost too much to repair, he said.

When corn prices first spiked to $8 a bushel nearly four years ago, about 70 big feed yards went up for sale in the High Plains feeding area that includes Texas, Kansas, Colorado and Nebraska, Bretz said. Today, there are 10 and 15 feed yards for sale in the region, mostly in Texas. Bretz said he knows of 15 more that are empty, three recently dismantled and two others now being torn down.

Feed yards typically employ one worker per 1,000 head of cattle, so even big ones may not have more than a few dozen workers. But they supply meatpacking plants, which have much bigger workforces, and feedlot closures could herald greater unemployment to come.

Cargill Beef, one of the nation's biggest meatpackers, temporarily closed a slaughterhouse in Plainview, Texas, earlier this year, laying off 2,000 workers. The operation had been one of four meatpacking plants in the Texas Panhandle, and the annual economic loss to the region is estimated at $1.1 billion — a "major chunk of that economy," said Steve Amosson, an economist with the Texas AgriLife Extension Service in Amarillo.

Cargill is moving what business remained at the plant to slaughterhouses in Friona, Texas; Dodge City, Kan.; and Ft. Morgan, Colo. That will allow those plants to run near capacity and more consistently give their workers full paychecks with 40 hours per week, spokesman Mike Martin said.

"By idling, we are retaining both the plant (in Plainview) and the property for potential future use," Martin added. "And the hope is that at some point some years down the line, the cattle herd will be rebuilt and there will be a need for additional processing capacity."

Given the cost of transporting cattle, most of the nation's feed yards and slaughterhouses are in the big cattle-producing states of the High Plains. While the industry has been gradually shifting north from Texas into areas that are expected to more rapidly recover from the drought, businesses in Kansas and Nebraska are struggling too.

In southwestern Kansas, Lakin Feed Yard manager Steve Landgraf said his operation is down to 75 percent of capacity and he expects it to be less than half full within the next couple of months. For every two animals now going out of his lot for slaughter, only one is coming into it.

With a capacity of 15,000 head, the yard now employs 14 people. But with normal attrition, Landgraf anticipates he'll be down to 10 or 11 workers by spring, and he may reduce their hours.

Still, with little debt, Landgraf says he's in a better position than some.

"Some people are probably going to go broke because they aren't going to have the occupancy," he said.