Fighting to Reclaim Manufacturing in America

The U.S. manufacturing industry is still a global juggernaut; producing 18.2 percent of all manufactured goods which tops the list globally (still over half a percent more than China). But  "dominant" would be one of the last terms to sum up the past fifteen years of  U.S. manufacturing, despite our strong presence. 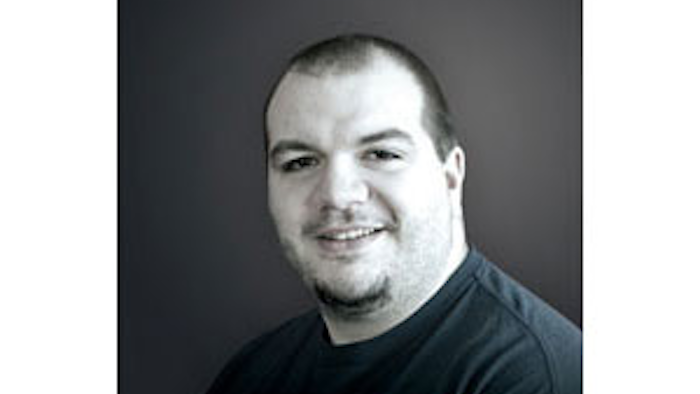 American manufacturing is battling for its vitality right now.

Yes, the industry is still a global juggernaut; producing 18.2 percent of all manufactured goods which tops the list globally (still over half a percent more than China). But quite frankly, "dominant" would be one of the last terms to sum up the past fifteen years of  U.S. manufacturing, despite our strong presence.

About 5 million manufacturing jobs that existed in 2000 are no longer around in 2013, with multiple recessions, automated machinery and offshoring mostly to blame.

So the industry emerges today; still fighting to crawl its way towards production growth. The bleeding was stopped nearly three years ago, as manufacturing jobs have been slowly increasing since then. In fact, over 14,000 manufacturing jobs were added in February alone and a total of around 500,000 have been generated since 2010.

But it doesn’t take a college degree to notice that 500,000 new manufacturing jobs does not compare to the millions that were lost in the 2000s. With that said, one step towards invigorating American manufacturing is through educating the workforce and remaining innovative. Two allies, one small scale and one large scale, are continuing to do so.

Over ten percent of the manufacturing jobs gained since 2010 are a direct result of efforts by the Reshoring Initiative. Started in 2010 by founder Harry Moser, the Initiative works with  U.S. manufacturers to educate about the importance of staying local for the sake of their company and the industry as a whole. He discusses various new, advanced ways they can save money based on his expertise. They even train manufacturing suppliers the same way, strengthening vertical integration within the manufacturing industry.

Operating out of Illinois, the Reshoring Initiative reports that over 200  U.S. companies have already brought work back to the States with assistance from their program. “They were going to go to China and save money, but they never did their homework,” Moser said in reference to offshoring companies during the 2000s. Moser eagerly acknowledges that his project has been successful and will continue to schedule promotional events nationwide to spur activity, but there’s still a high mountain to climb for sizable growth. “It’s more than a trickle,” he stated at a summit this week in Cleveland, “but we’ll admit that it’s less than a torrent.”

Large scale efforts were addressed by President Obama during his State of the Union address in February. Three ‘manufacturing hubs’ are being created this year, with up to twelve more to follow suit in the years ahead. Similar to the Reshoring Initiative, these hubs will spur innovation in the industry, benefitting job growth and increasing education directly with the personnel on the factory floor. Fortunately, the government’s resources permit these hubs to go one step further by integrating local colleges alongside business engineers and manufacturing experts as well, therefore augmenting the educational process.

During a speech shortly following his State of the Union address, Obama spoke about the importance of “leveling the playing field” with foreign manufacturers, saying “[o]ur job as Americans is to restore that basic bargain that says if you work hard, if you meet your responsibilities, you can get ahead.” In addition to his efforts with education, he proposed a four-point plan that involved adjusting tax codes to favor local manufacturing. By lowering proposed tax rates to 25 percent for manufacturers and initiating an “offshore tax” which charges earnings to companies’ factories overseas, Obama sought to “prevent a race to the bottom in corporate tax rates.”

This is all well and good from the government. However, some business owners would argue that the government is also impeding progress by cluttering the industry with red tape.

For example, Cleveland.com posted a story this week about a company called Cyclewerks, a small motorcycle company that shifted production from China back to the  U.S. last summer. The company has been experiencing strong growth recently and wanted to have more control with their product in the  U.S. One problem deals with having very little tangible money because they reinvest profits immediately back into the business, as most start ups do. With very little functioning capital, they’ve been rejected by nearly every  U.S. bank as being a risky investment. Cyclewerks founder Scott Colosimo elaborates, “[i]t’s really frustrating for us. We’re trying to do something good. We’re trying to get jobs back…I have Chinese banks begging for my business over in China. I can’t get anybody to work with me over in the  U.S.”

“I don’t think that [job growth] will be more than a trickle without more supportive policy at all levels of government,” says Howard Wial, executive director of the Center for Urban Economic Development. Wial referenced federal programs in countries like Japan and Germany that provide loans and wisdom for start up businesses as a positive start for government intervention. Other government endeavors Wial would like to see include trade officials getting more strict on China with currency manipulation and trade policies that would better encourage production, which is one thing Obama addressed in his four-point plan.

With the appropriate level of government assistance, a decrease in the financial restriction of  U.S. banks and American productivity (still three times better than China, as a matter of fact) staying strong, experts continue to predict substantial growth in American manufacturing. Rebecca Bagley, president and CEO of NorTech, a development agency in Cleveland, remains confident. “It’s moving in the right direction,” she states, “[t]he bottom line is, the financial benefits of manufacturing overseas are really starting to melt away.”

As fictional Head Coach Tony D’Amato (played by Al Pacino) says during his memorable halftime speech in the movie Any Given Sunday, “[i]n any fight, it’s the guy who’s willing to die who’s going to win that inch.”

OK, I admit dying for the industry is extreme, but this fight will be unrelenting and ongoing for the long term. The time for solutions is right now, and so long as the industry emphasizes the appropriate level of fortitude and is given the resources to prosper, American manufacturing will thrive moving forward.

For more information on how industrial and manufacturing companies can get ahead, click here or here. Kris can be found on Twitter and Google+.