A jury decided that Francine Katz, a former executive at Anheuser-Busch, was not paid less by the company because she was a woman. Katz filed the suit after seeing company-wide salaries in filings associated with the brewer's sale to InBev. 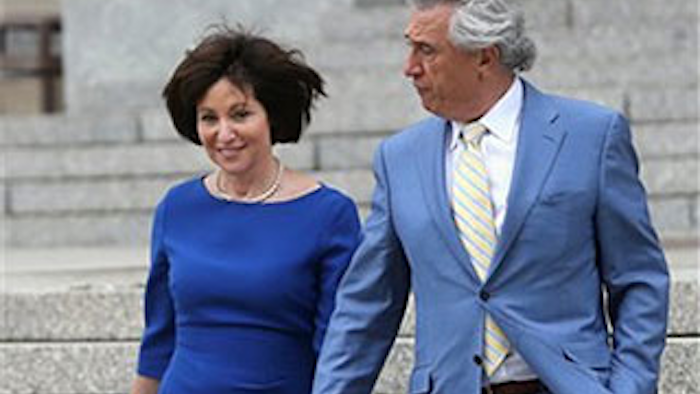 ST. LOUIS (AP) — Anheuser-Busch did not discriminate against a former executive by paying her significantly less than a male predecessor, a jury in St. Louis decided Friday.

The jury of seven women and five men deliberated for more than 10 hours over two days before siding with the company, a onetime family business now owned by Belgium-based brewer InBev.

Counting bonuses and stock options, Francine Katz earned about $1 million annually after her 2002 promotion to vice president of communications and consumer affairs and appointment to the company's influential strategy committee.

But Katz's base salary was half that of John Jacob, a former National Urban League president and Anheuser-Busch board member. The company argued that Katz's salary, benefits and bonuses compared favorably to those in similar positions at other large U.S. corporations and that Jacob had considerably more responsibilities, including an informal role as trusted adviser to former CEO August Busch III, whose family of German immigrants founded the iconic maker of Budweiser in the 19th century.

The three-week trial unfolded amid a broader national discussion of gender in the workplace.

On Wednesday, the New York Times fired Jill Abramson, its first female executive editor, in a sudden management change the newspaper's publisher attributed to management differences but which some reports suggested came after the 60-year-old journalist complained about unequal pay.

At Katz's trial, both August Busch III and his namesake, August Busch IV, who was CEO at the time of the InBev purchase, testified, providing a rare public window into the corporate culture of a company that still casts a sizable shadow in St. Louis.

"Anheuser-Busch always has been and always will be committed to treating our employees fairly and consistent with the highest standards," the company said in a written statement after the verdict was announced. "We are pleased with today's verdict, and the jury's acknowledgment that Francine Katz was always treated and compensated fairly during her 20 years of employment at Anheuser-Busch."

In her two-decade career, Katz, 56, rose from a young corporate lawyer to a role as key strategist and the company's top female executive. She was often the face of her hometown employer, defending Anheuser-Busch from state and federal regulators and anti-alcohol campaigns.

After the verdict was announced, Katz said she was disappointed with the outcome but pleased to have a public forum to air her grievance.

"I feel that all of the attention and discussion this lawsuit has sparked is all for the good," said Katz, surrounded by friends and family, including a son who graduated from Washington University earlier in the day. "I hope this opens the door for women in the workforce. We may not have won, but you can't ever win if you don't try."

Asked whether she plans to appeal, Katz attorney Mary Anne Sedey said it was "very premature to talk about that."

Katz sued Anheuser-Busch in 2009, after she left the brewer following its sale to InBev. Her attorney said she was entitled to at least $9.4 million in back pay from 2002 to 2008, plus another nearly $5 million in interest and an unspecified amount of punitive damages.

In 2008, her final year with the company, Katz reported more than $14 million in income on her federal tax returns, including stock options she cashed in.

The company argued that Katz opted to file suit only after she was passed over for an executive job with InBev and instead offered a position with lesser responsibilities, which she declined. Katz testified that the new owners' decision played no role in her choice to sue.

At trial, Katz submitted evidence showing that her base salary was half that of Jacob, even though, according to her attorneys, her job duties extended well beyond public relations. Katz also argued that she was the victim of a boys-club mentality that saw her excluded from corporate flights, male-only company golf outings and other social opportunities.