A federal judge ruled that the U.S. government illegally quarantined some Idaho potato fields infested with a microscopic pest that could threaten the state's $1.2 billion potato industry, but he left the restrictions in place. 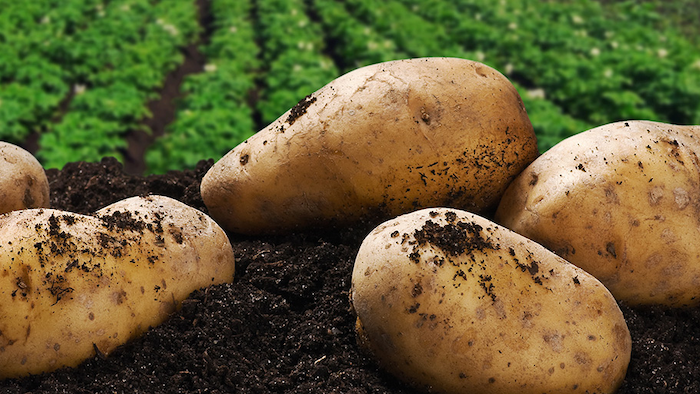 BOISE, Idaho (AP) — A federal judge ruled that the U.S. government illegally quarantined some Idaho potato fields infested with a microscopic pest that could threaten the state's $1.2 billion potato industry, but he left the restrictions in place.

U.S. District Judge Edward Lodge said last week that lifting the rules could lead to quarantines across a state that produces a third of the nation's potatoes and is a major global supplier. It would likely "have significant immediate and long-term consequences to both the state of Idaho as well as the United States as a whole," he wrote.

The judge decided that the federal government rolled out the quarantine and other restrictions without sufficient public input. Lodge's order, which came in a 2015 lawsuit from farmers, makes the rules temporary until U.S. officials redo the process.

"I'm looking for an improved result," said Bill Myers, an attorney representing the farmers. He declined to say whether that meant removing the quarantines.

"I think first we need to find out what the proper procedures are and what is the science they are going to use to support future decisions," Myers said.

The discovery of the pale cyst nematode in 2006 was the pest's first appearance in the United States. Federal officials responded with quarantines and treatment of infected fields as well as special regulations for some associated fields. Nematodes feed on potato roots and can reduce crop production by 80 percent.

When the pests were discovered, Canada, Mexico and Korea would not accept Idaho potatoes, and Japan banned all U.S. potatoes. The countries ultimately lifted their bans, the latest coming late last year when Japan opened its market again.

The U.S. Department of Agriculture said in an email Tuesday that about 8,200 acres of fields are being regulated because of the pest in southeastern Idaho. In 2017, the state had about 310,000 acres growing potatoes that produced about 13 billion pounds (6 billion kilograms).

Lodge wrote that it was bad to violate laws on public input to get the quarantines in place, but "the court finds the seriousness of those procedural interests are outweighed by the disruptive consequences that will flow" from ending the restrictions.

It's not clear how long it will take to go through the public process that could revamp rules on infected fields. Myers, attorney for the farmers, said he was anticipating it could be years.

"Until they go through the process and do it right, we won't know how things are going to change," he said.

Meanwhile, the federal government is battling the pest, announcing last week that Idaho will receive $800,000 for eradication efforts.