Brazil Halts Poultry Exports To EU From Company Under Probe

Poultry exports from a major Brazilian food processer destined for the European Union were suspended Friday by the government amid questions about the presence of salmonella. 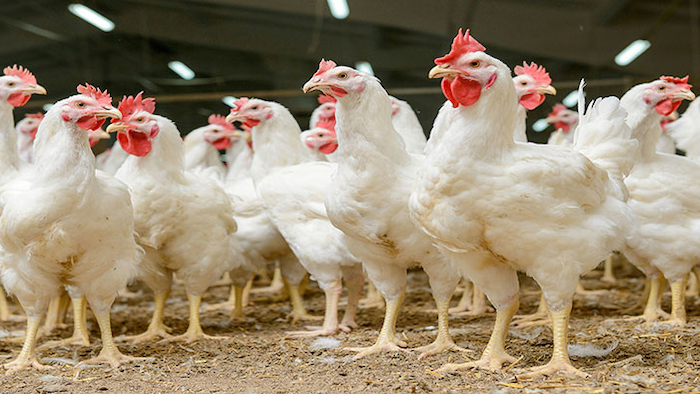 SAO PAULO (AP) — Poultry exports from a major Brazilian food processer destined for the European Union were suspended Friday by the government amid questions about the presence of salmonella.

The Agriculture Ministry said in a statement that 10 of BRF's production sites are affected by the measure, which it called "preventative."

The move came after the EU asked Brazil for more information about traces of salmonella in some BRF plants, an official at the Agriculture Ministry said. The official was not authorized to release the information and agreed to do so only if granted anonymity.

BRF is under investigation amid suspicions it was involved in a scheme to evade safety checks. The ministry has noted in the past that Brazil's food safety regulations allow for the presence of salmonella, which is killed when poultry is cooked, but other countries' rules do not.

"A technical mission will go to the EU, as the next step, to offer all the necessary clarifications," the ministry's statement said. "Soon after, once all the questions have been answered, (we) will restart" exports.

BRF had earlier announced that the meeting would take place in Brussels next week. It has said that it is cooperating with the investigation and that it follows all Brazilian and international regulations.

The company said any products sent to the EU before Friday could be sold without restriction.