Report: US Fishermen Catch Up In Value, Volume Dips Slightly

American fisheries grew by a little more than 2 percent in value last year, even with fishermen bringing slightly less fish to shore, the federal government reported on Wednesday. 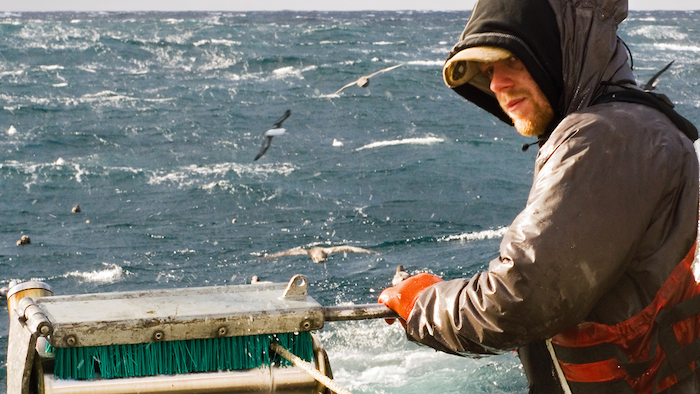 American fisheries grew by a little more than 2 percent in value last year, even with fishermen bringing slightly less fish to shore, the federal government reported on Wednesday.

U.S. commercial fishermen brought 9.6 billion pounds (4.3 billion kilograms) of seafood to land last year, which was a decrease of 1.5 percent from 2015, the National Oceanic and Atmospheric Administration said in the annual Fisheries of the United States report. But the catch was valued at $5.3 billion, which was 2.1 percent more than in 2015, the report said.

One possible explanation for the dip in catch could be the increase in seafood imports, which rose 1 percent to 5.8 billion pounds (2.6 billion kilograms), the report said.

Secretary of Commerce Wilbur Ross, who oversees NOAA, said the growth in imports should be a motivator to grow the aquaculture sector in the U.S. For example, shrimp and salmon are among the most imported species, and they are extensively farm raised.

The largest wild, commercial fishery in America remains the Alaska pollock, which came close to a record year in terms of catch volume. Fishermen brought 3.4 billion pounds (1.5 billion kilograms) of the fish to the docks last year, up 3 percent from 2015.

The pollock are used in numerous processed food products, including frozen fish fillets, fast food sandwiches and fish sticks. They are a huge part of the reason Dutch Harbor in Alaska has the led the country's ports in pounds of seafood brought to land for 20 consecutive years. Fishermen brought 770 million pounds (350 milion kilograms) of seafood to Dutch Harbor last year.

The highest value of catch from one port was in New Bedford, Massachusetts, for the seventeenth consecutive year. New Bedford is the center of America's scallop fishing industry. New Bedford's catch was worth $327 million last year, and more than three-quarters of that total was from scallops.

The average American ate almost 15 pounds (6.8 kilograms) of fish and shellfish last year, slightly down from 2015, when they ate 15.5 pounds (7 kilograms), the report stated.