California lawmakers should end a program that has awarded $780 million in tax credits to companies including General Motors and Snapchat because it creates an "uneven playing field" and its overall economic benefits are hard to determine, according to a report released Tuesday. 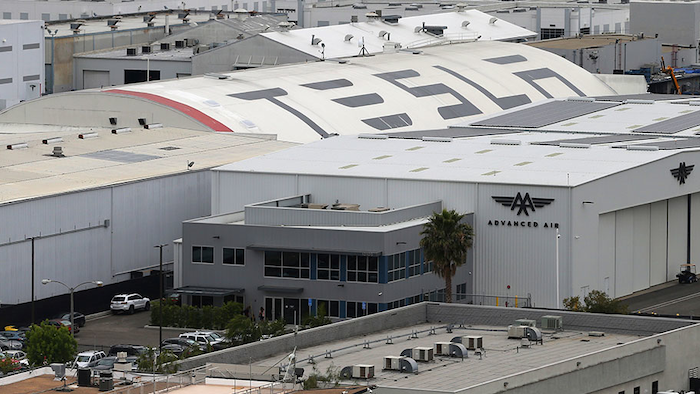 SACRAMENTO, Calif. (AP) — California lawmakers should end a program that has awarded $780 million in tax credits to companies including General Motors and Snapchat because it creates an "uneven playing field" and its overall economic benefits are hard to determine, according to a report released Tuesday.

"We are struck by how awarding benefits to a select group of businesses harms their competitors in California," the nonpartisan Legislative Analyst's Office concluded. "We also think the resources consumed by the program are not as focused as they should be on winning economic development competitions with other states."

The review examined the California Competes tax credit program, launched in 2013 with the goal of encouraging companies to expand or relocate in California. It's handed out up to $780 million in possible income tax credits to more than 700 companies.

The companies must hit benchmarks every year to claim the tax credits. The businesses self-report their progress, and the state Franchise Tax Board can review their records for compliance.

The review found certain aspects of the program prevent it from boosting economic activity in California.

About 15 percent of the money handed out goes to companies that only do business in the state and compete for a finite number of customers, such as plumbers or accountants, according to the review. If one company gets a tax credit to expand, its competitor could be forced to shrink, analysts said.

"The credits create an uneven playing field, benefiting a handful of businesses while disadvantaging other businesses," the report found.

For those that do business outside California, such as manufacturers, the program doesn't focus enough on awarding credits to companies that didn't already plan on expanding in the state, the report said.

Gov. Jerry Brown's office directed questions about the report to the Governor's Office of Business and Economic Development, which defended the program.

"California Competes is a vital tool for the administration to support businesses who want to locate or grow their enterprises in our state," spokesman Sid Voorakkara said.

The companies awarded credits are projected to create 77,000 jobs and $14.5 billion in investments, Voorakkara said.

The Legislative Analyst's Office recommended lawmakers scrap the program next year. It suggests lawmakers who want to provide tax relief look at broad-based cuts instead, such as lowering the corporate tax rate.