A punishing drought that stretches across much of the U.S. Northern Plains could cause farmers to lose 64 million bushels of wheat production this year, according to federal officials. 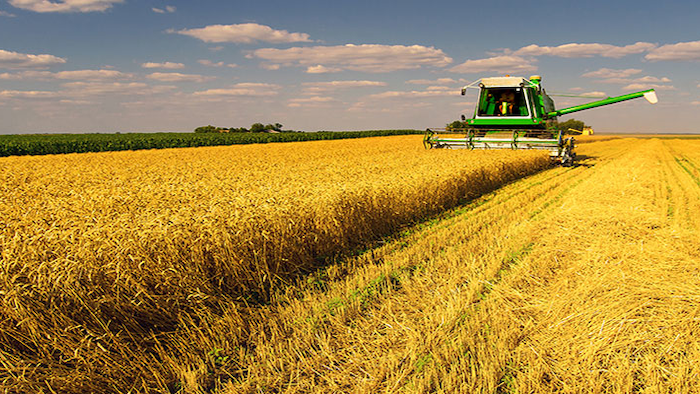 BILLINGS, Mont. (AP) — A punishing drought that stretches across much of the U.S. Northern Plains could cause farmers to lose 64 million bushels of wheat production this year, according to federal officials.

That dire projection comes as northeast Montana experiences the worst drought in the country, with similar dry conditions in neighboring North Dakota and South Dakota. The federal government has declared numerous counties in the three-state region to be disaster areas and authorized haying and grazing on land meant for conservation to help alleviate the conditions.

Federal agriculture officials have labeled as poor or very poor more than half of Montana's 2017 crops of spring wheat, lentils and durum. Combined, the three crops were valued at more than $600 million in 2016.

A scant 1.2 inches of rain have been recorded since April 1 in the small town of Nashua on the edge of the Fort Peck Indian Reservation.

Ranchers also will lose in this drought, said Ed Hinton, an auctioneer who drives down from Scobey for the weekly sale at the Glasgow Stockyards. Ranchers turn up every Thursday to sell off an animal or two, usually a heifer who didn't get pregnant, or a belligerent steer not worth the trouble, or the hay now selling for $180 a ton.

There's nothing like crop insurance for livestock. In times of drought, the U.S. Department of Agriculture opens up grasslands previously off limits for conservation. After that, there's low interest loans.

The Thursday sale the week before the Fourth of July brought a thousand cattle to the stockyards, Hinton said, at a time of year when a few hundred cattle at a sale is respectable.