Tiny Toast, which features small toast-shaped flakes sprinkled with either blueberries or strawberries, will hit store shelves this month. 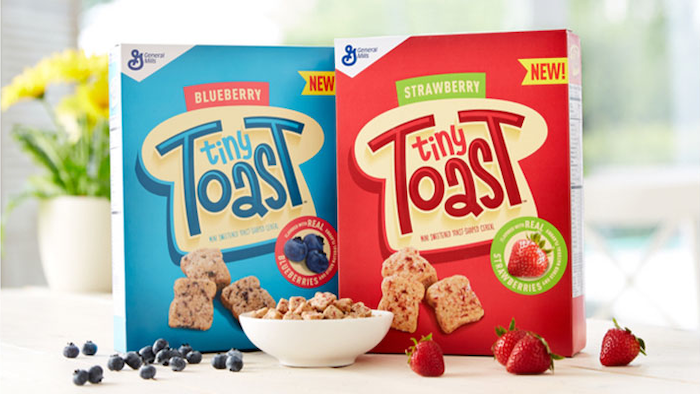 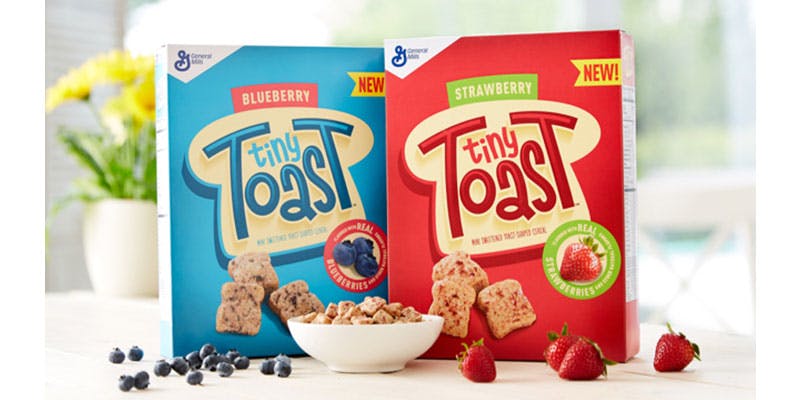 Tiny Toast, which features small toast-shaped flakes sprinkled with either blueberries or strawberries, will hit store shelves this month.

Company officials boasted that the cereal, more than a year in the making, doesn't feature the "fake" tastes normally associated with fruit-flavored cereals.

“Tiny Toast gives you this really large pop of aroma that’s missing from those other fruit cereals,” product developer Mike Evenson said. “We watched how consumers responded when they first opened a box, and they were stunned at how good it smelled.”

Although General Mills launched numerous of cereals over the past 25 years, the new options were generally either extensions of existing brands or unveiled through licensing agreements such Reese’s Puffs.

Harmony cereal, long since discontinued, was the last all-new General Mills cereal to be introduced in 2001. The newest cereal to remain in the company's lineup today is Basic 4, launched in 1991.

General Mills and other prominent cereal makers struggled in recent years as consumers increasingly turned away from packaged foods.