The Organic Trade Association on Wednesday released conclusive research that for the first time links economic health at the county level to organic agriculture, and shows that organic food and crop production — and the business activities accompanying organic agriculture — create real and long-lasting regional economic opportunities. 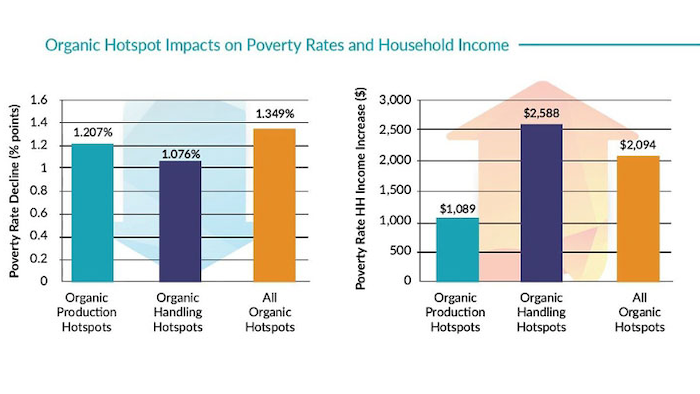 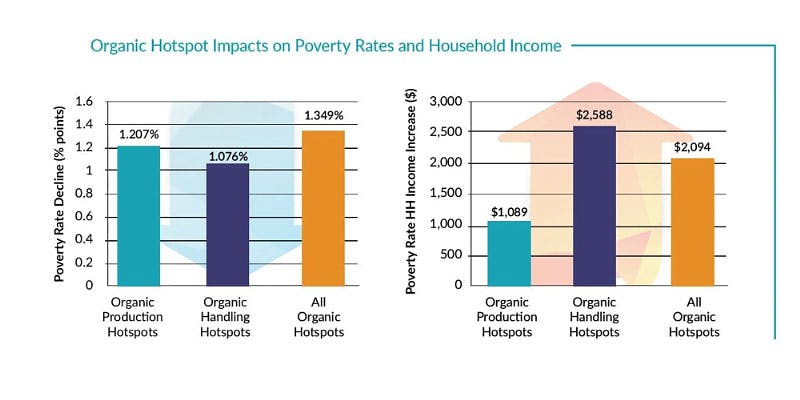 Organic activity was found to have a greater beneficial economic effect than that of general agriculture activity, and even more of a positive impact than some major anti-poverty programs at the county level.

"We know that organic agriculture benefits our health and our environment," said Laura Batcha, CEO and Executive Director of OTA. "This significant research shows organic can also benefit our livelihoods and help secure our financial future."

"Organic agriculture can be used as an effective economic development tool, especially in our rural areas," said Batcha. "The findings of this research show organic certifiers and the transfer of knowledge and information play a critical role in developing organic. And it provides policymakers with an economic and sound reason to support organic agriculture and to create more economy-stimulating organic hotspots throughout the country."

Organic is one of the fastest-growing sectors of the U.S. food industry. Organic food sales in 2015 jumped by 11 percent to almost $40 billion, far outstripping the 3 percent growth rate for the overall food market. Organic crops command a significant price premium over conventionally grown crops. As a result, interest in organic at the production level has grown as the demand for organic has risen. More farmers are transitioning to organic production, and more organic businesses are sprouting.

But what does all this interest in organic and organic activity mean for local economies?

The White Paper summarizes and discusses three research papers that investigate organic agriculture hotspots in the U.S. and systematically assesses the impact of organic agriculture on local economies. It identifies 225 counties across the United States as organic hotspots, then looks at how these organic hotspots impact two key county-level economic indicators: the county poverty rate and median household income.

The White Paper also identifies what factors create organic hotspots, how the effect of organic agricultural hotspots compares with those of general agriculture (combined organic and conventional agriculture), and finally recommends specific policies to foster more organic economic hotspots throughout the nation.

The findings are compelling and conclusive. Specifically, the research finds that:

The research contained five policy recommendations as a result of the findings:

The U.S. Organic Hotspots and their Benefit to Local Economies White Paper is available for download, along with an interactive map that identifies hotspots across the country, at www.ota.com/hotspots.