While tens of thousands flock to the Mobile World Congress to check out the latest smartphones, the show also offers glimpses of some of the coolest off-beat — and downright strange — innovations. 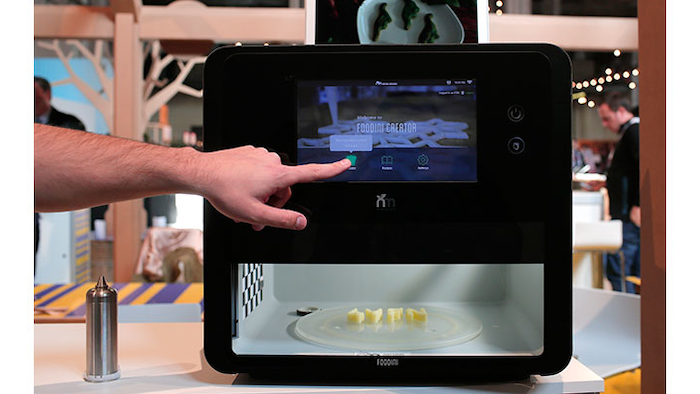 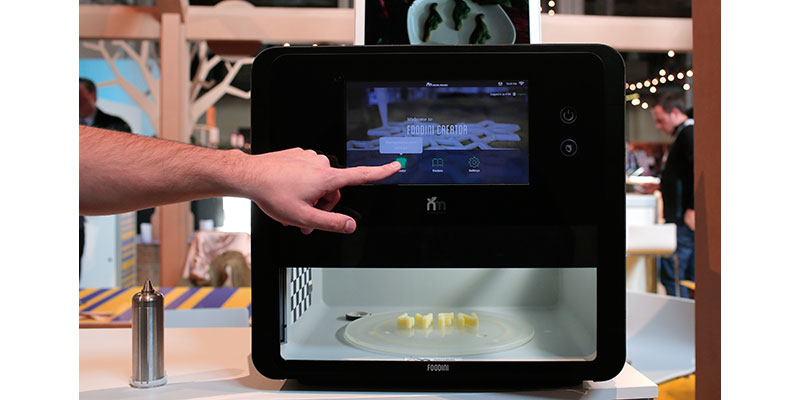 BARCELONA, Spain (AP) — While tens of thousands flock to the Mobile World Congress to check out the latest smartphones, the show also offers glimpses of some of the coolest off-beat — and downright strange — innovations.

Here is a look at one of the quirkiest of the gadgets and apps on display this week in Barcelona — a 3-D food printer.

But they sure have come close with their 3-D food printer.

The Foodini lays down layer after layer of food from nozzles, ultimately creating treats like ravioli, crackers, or chicken nuggets. The company says you can even make more complex items like hamburgers, though it's not clear what they would look like coming through nozzles.

"You become the food manufacturer," Kucsma said, adding that the Foodini would allow cooks to use more natural ingredients to make healthier food instead of buying prepared foodstuffs with added preservatives.

The Foodini can also link up with other connected devices. "You can print recipes from a chef who is halfway around the world," Kucsma said.

The Barcelona-based company is launching the Foodini with the target of professional chefs to meet the $1,500-2,000 price tag. They plan to later expand to regular customers.

"In 10 to 15 years we think 3-D food printers will be as common in kitchens as microwaves," Kucsma said.