Welcome to the 'Agrihood': Homes Built Around Working Farms

This farm-to-table residential model has been sprouting up everywhere from Atlanta to Shanghai. It involves homes built within strolling distance of small working farms, where produce matures under the hungry gaze of residents, where people can venture out and pick greens for their salads. 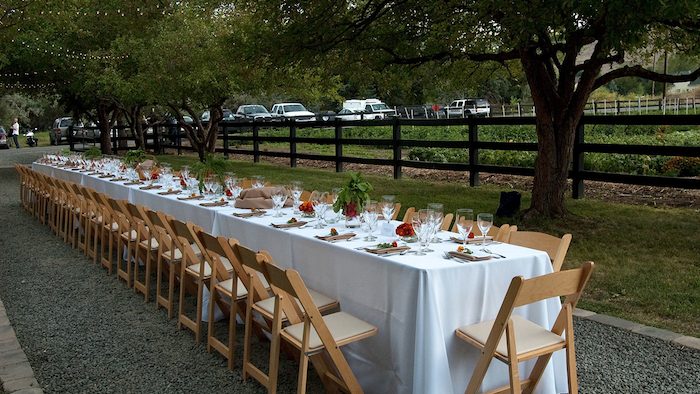 Welcome to "agrihoods" — pastoral ventures with healthier foods as their focus.

This farm-to-table residential model has been sprouting up everywhere from Atlanta to Shanghai. It involves homes built within strolling distance of small working farms, where produce matures under the hungry gaze of residents, where people can venture out and pick greens for their salads.

"Real estate developers are looking for the next big thing to set them apart," said Ed McMahon, senior resident fellow with the Urban Land Institute in Washington. "That gives them a competitive advantage."

There are many variations of the agrihood, McMahon said. "Some developers rent acreage to farmers," he said. "Some set up non-profit C.S.A. (community-supported agriculture) programs. Some have the residents doing it (the growing) themselves."

Agrihoods frequently include farmer's markets, inns and restaurants sited in communal hubs where the edibles are processed or sold.

Many purchasers are second-home buyers, retirees or parents of young children, McMahon said.

"They tend to be what I call the 'barbell generation,'" he said. "The millennial generation that wants fresh everything, that wants to know where their food is coming from. Also the senior generation, the baby boomers. They don't want big yards to take care of anymore."

Prices tend to be a lot cheaper for agriculture-centered dwellings than for homes facing golf courses.

Along with their higher operating costs, many golf course developments face concerns about water shortages; some are being pushed toward becoming food-based operations, said Matthew "Quint" Redmond, owner of Agriburbia LLB, a Boulder, Colorado-based business that designs, builds and operates farms.

"The issue is making more calories out of the water we have," Redmond said. "Growing things that are better for you. And fewer people are playing golf these days. We'll be seeing a lot of golf course conversions in the next 10 to 15 years."

Clay and Roz Johnson moved to a farm-centered community called Serenbe near Atlanta when their second child arrived and they wanted more space. About 70 percent of the 1,000-plus-acre property is green space, and their home abuts the barn.

"I'm looking at it out my back window," Clay Johnson said in a phone interview. "I'm watching some free-range chickens."

Most of Serenbe's landscape consists of edible, medicinal or native plants, said spokeswoman Monica Olsen. "We have blueberry bushes at all of the crosswalks, three on-site restaurants and a seasonal farmer's market. We just had our 10-year anniversary from when our first residents moved in."

Johnson said moving to Serenbe made financial sense for his family. "We sold our three-bedroom (house) in Atlanta for more than we bought our five-bedroom here. We both work from home, and have room available if needed for our aging parents."

And living close to the farm gives them a more personal relationship with their food, he said. "Our kids recognize the farmers and know who they are. The farm is operated like a business, so you can't just hop the fence and pull some vegetables. That's stealing. But my son has asked for and been given a handful of cherry tomatoes for the walk home," Johnson said.

"When we had our second child, I didn't cook for several weeks because neighbors kept bringing over food," he said. "It's not just a farm but it creates a sense of community just like a church does. We all meet at the farmer's market on Saturdays."