A potato genetically engineered to resist the pathogen that caused the Irish potato famine is as safe as any other potato on the market, the Food and Drug Administration says. 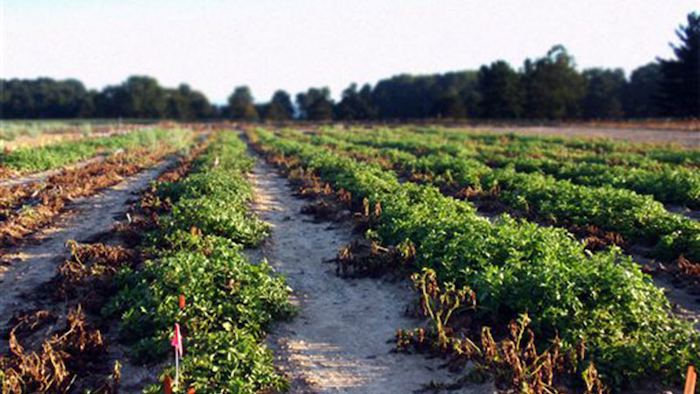 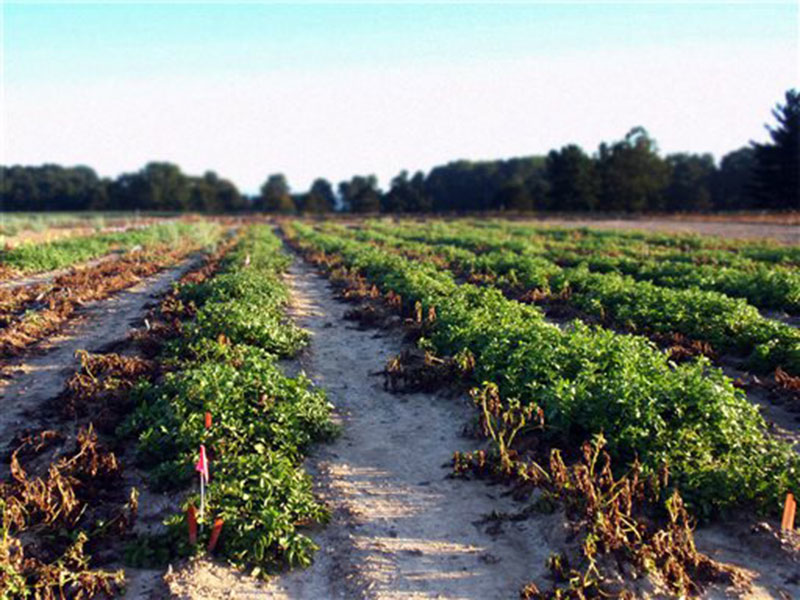 BOISE, Idaho (AP) — A potato genetically engineered to resist the pathogen that caused the Irish potato famine is as safe as any other potato on the market, the Food and Drug Administration says.

In a letter Tuesday to Idaho-based J.R. Simplot Co., the FDA said the potato isn't substantially different in composition or safety from other products already on the market, and it doesn't raise any issues that would require the agency to do more stringent premarket vetting.

"We're pleased and hope that consumers recognize the benefits once it's introduced into the marketplace next year," Doug Cole, the company's director of marketing and communications, said Wednesday.

Before the potato is marketed to consumers, it must be cleared by the U.S. Environmental Protection Agency, Cole said. That's expected to happen in December. The U.S. Department of Agriculture approved the potato in August.

There is no evidence that genetically modified organisms, known as GMOs, are unsafe to eat, but for some people, altering the genetic code of foods presents an ethical issue. The food industry has faced pressure from retailers as consumer awareness of genetically modified foods has increased. The retailer Whole Foods plans to label GMO products in all its U.S. and Canadian stores by 2018. And some companies have decided to remove the ingredients altogether.

The Russet Burbank Generation 2 is the second generation of Simplot's "Innate" brand potatoes. It includes the first version's reduced bruising, but less of a chemical produced at high temperatures that some studies have shown can cause cancer.

The second-generation potato also includes an additional trait that the company says will allow potatoes to be stored at colder temperatures longer to reduce food waste.

Haven Baker, vice president of plant sciences at Simplot, said late blight — the cause of the Irish potato famine — remains the No. 1 pathogen for potatoes around the world.

"This will bring 24-hour protection to farmers' fields and, in addition, has the potential to reduce pesticide spray by 25 to 45 percent," Baker said.

The late blight resistance comes from an Argentinian variety of potato that naturally produced a defense.

"There are 4,000 species of potatoes," Baker said. "There is an immense library to help us improve this great food. By introducing these potato genes we can bring sustainability and consumer benefits."

The company has already been selling its first generation of Innate potatoes to consumers, selling out its 2014 crop and currently selling the 2015 crop of about 2,000 acres.

Cole said those potatoes were mostly grown in Idaho and Wisconsin, and are being sold in supermarkets across the nation.

But one of the company's oldest business partners — McDonald's — has rejected using any of Simplot's genetically engineered potatoes.

Cole said the company plans to introduce the potatoes to other restaurants and hotel convention centers as precut and pre-peeled potatoes, where he said the resistance to bruising makes them a good product.