Tennessee officials are raising concerns about the U.S. Department of Energy's plans for a new nuclear landfill at Oak Ridge. 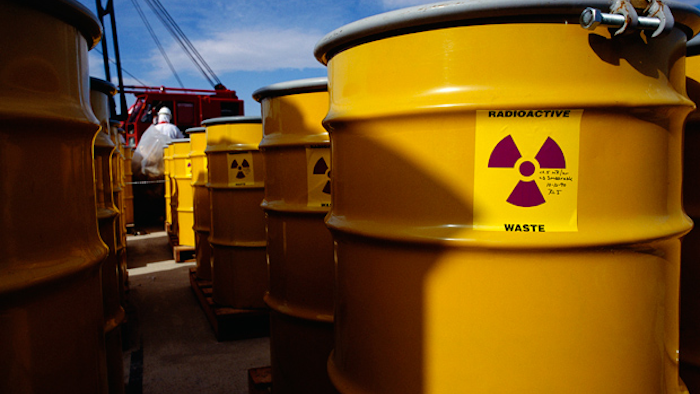 The Tennessee Department of Environment and Conservation is pushing DOE to consider other Oak Ridge sites beyond the agency's preferred one, the Knoxville News Sentinel (http://bit.ly/1Sbgejm) reported.

The federal agency's preferred site is adjacent to an existing landfill on the government reservation and only 650 yards from the city boundary.

"We are continuing to work with the DOE and EPA on this issue and taking the matter very seriously," Kelly Brockman, communications chief for TDEC, said in an email response to questions.

The Department of Energy's current landfill for cleanup wastes is approaching capacity. That's largely due to the mountains of hazardous and radioactive debris generated by the demolition of K-25 and other former uranium-processing facilities in Oak Ridge.

DOE has said that opening a new landfill at Oak Ridge — rather than shipping the wastes to commercial disposal sites in other states — would save taxpayers hundreds of millions of dollars and minimize transportation risks.

DOE is currently working on a fourth draft, based on continuing feedback from the state and the U.S. Environmental Protection Agency.

In an 80-page response to DOE's third draft of the feasibility plan, TDEC raised many objections, big and small, ranging from the proposed location of the landfill "over steep slopes" and a shallow water table to plans to dispose of significant quantities of mercury waste at the site.

According to the state's Aug. 6 response, DOE reportedly wants TDEC and EPA to waive some aspects of federal rules to allow the disposal of mercury in the new landfill.

David Adler of DOE acknowledged that the federal agency wants to dispose of mercury-contaminated soils and building rubble that will be generated during future cleanup operations at the Y-12 nuclear weapons plant, where tons of mercury were lost to the environment during Cold War operations.

"Mercury is a key focus of the cleanup program at Y-12," he said.

Adler said materials with mercury residues would be treated with some form of "macro-encapsulation" to help reduce the possibility of mercury leaking into the environment at the landfill.

But the state expressed skepticism, saying it's not convinced that waivers to allow treatment of mercury after it's been placed in the landfill would be appropriate.

Adler said DOE is actively discussing many issues with environmental regulators and hopes to reach some general agreements by the time it submits a fourth draft of the feasibility study for the landfill in February.