A dilapidated food processing plant built in the 19th century on the banks of the Uruguay River to process and export meat to Europe may seem an unlikely candidate for status as a UNESCO World Heritage Site. 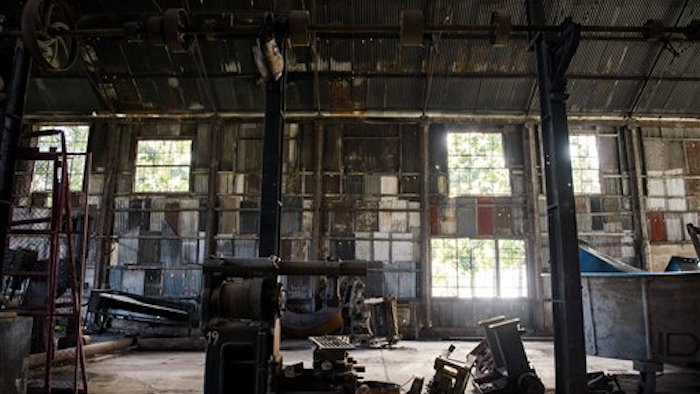 FRAY BENTOS, Uruguay (AP) — A dilapidated food processing plant built in the 19th century on the banks of the Uruguay River to process and export meat to Europe may seem an unlikely candidate for status as a UNESCO World Heritage Site.

But the United Nations agency said last week that the abandoned factory's role in history was so important that it deserved designation as a "cultural-industrial landscape."

UNESCO said the site was recognized for its contribution to the food processing industry and the impact it had on a global level providing food security to troops. Over the decades, thousands of people worked at the factory famous for the production of corned beef — a staple food for soldiers during the two world wars.

The plant was opened in 1859 by Liebig's Extract of Meat Co. of Germany. The British firm that took it over in 1924 named it the Anglo meat processing plant and it operated day and night before it closed in 1979.

Former plant worker Eduardo Romero says the factory was once so busy that when it closed it "was terribly sad ... you didn't see anyone on the streets."

The almost 680-acre (275-hectare) complex includes a slaughterhouse, rotting docks on the river and the homes of the factory bosses and workers of many different nationalities who labored there. The former offices still contain have wood furniture and old equipment such as adding machines.

Former employees and their relatives who still live by the plant celebrated its new heritage status July 7. They included Belen Gadea, who took a selfie with her grandmother Ivis Saldana in a former slaughterhouse.

Saldana said the plant gave each worker almost 4½ pounds (2 kilograms) of meat to take home every day, and because her husband and son worked at the factory that meant almost 9 pounds (4 kilograms) for her family. "We didn't know what to do with so much meat," she said.

Also among those walking through the abandoned factory was 94-year-old Jose Osvaldo Bradford, who said he worked in various sections over the years.

"The plant was a marvel in its time," he said.